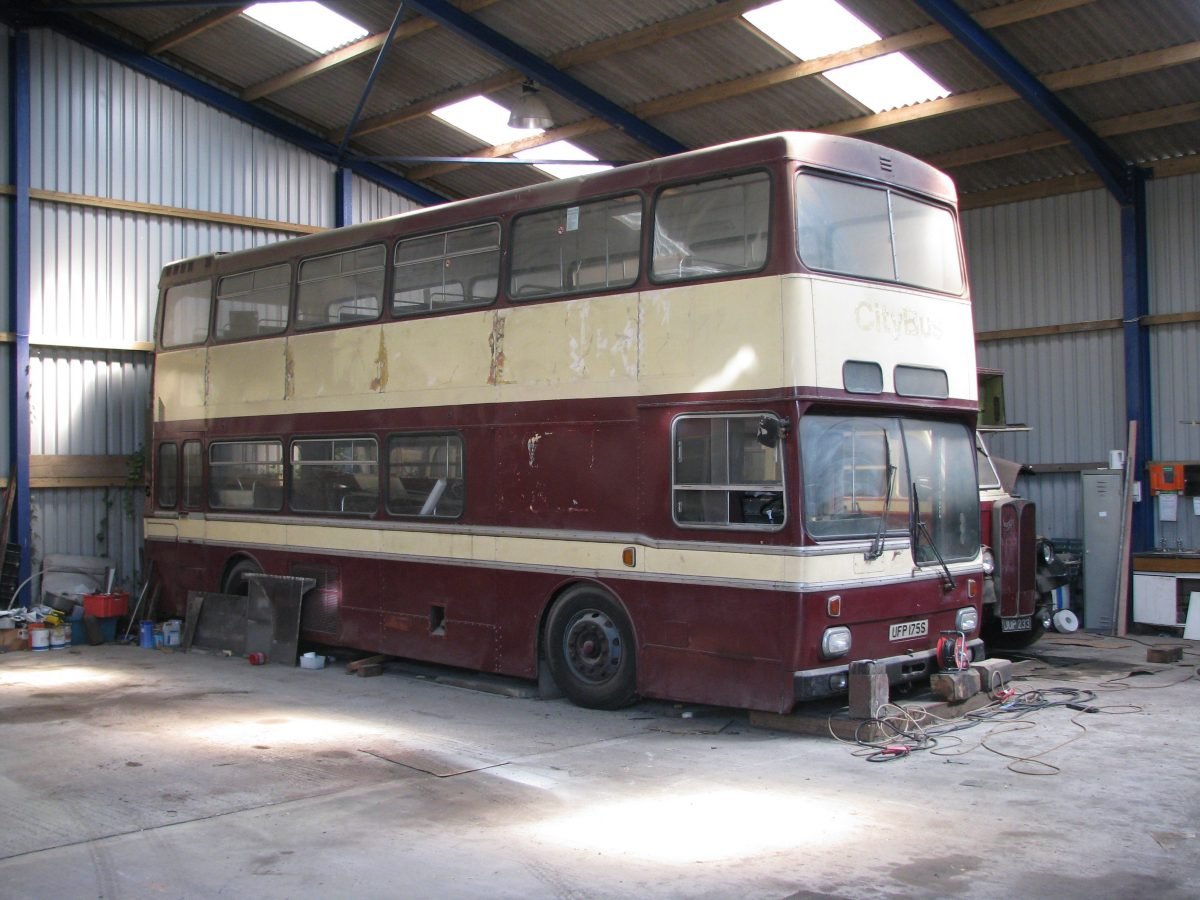 No.175 has chassis number 544627 and the batch of five buses were to have been the last Metropolitans built by MCW before the introduction of the Metrobus. However Reading Transport placed a late order for twelve Metropolitans (Nos. 122- 133) and these had the distinction of being the last and were delivered to Reading in March 1978.

In August 1985 No.175 was repainted into the red, white and grey. All five of the batch passed to Leicester Citybus Bus Limited in October 1986 and 175 received the maroon and cream livery in August 1990. It passed with LCB to GRT Holdings on 10th November 1993. Sadly, 175 didn’t quite last the last day of the Leicester Metropolitans, which was on Christmas Eve 1993, due to it being withdrawn on 3rd December after suffering an engine defect. The batch of five single-door buses were certainly very well liked by drivers, engineers and passengers. After sitting unused in Abbey Park Road it was eventually purchased for preservation in early 1996 and in 2015, UFP 175S came under the ownership of the LTHT.