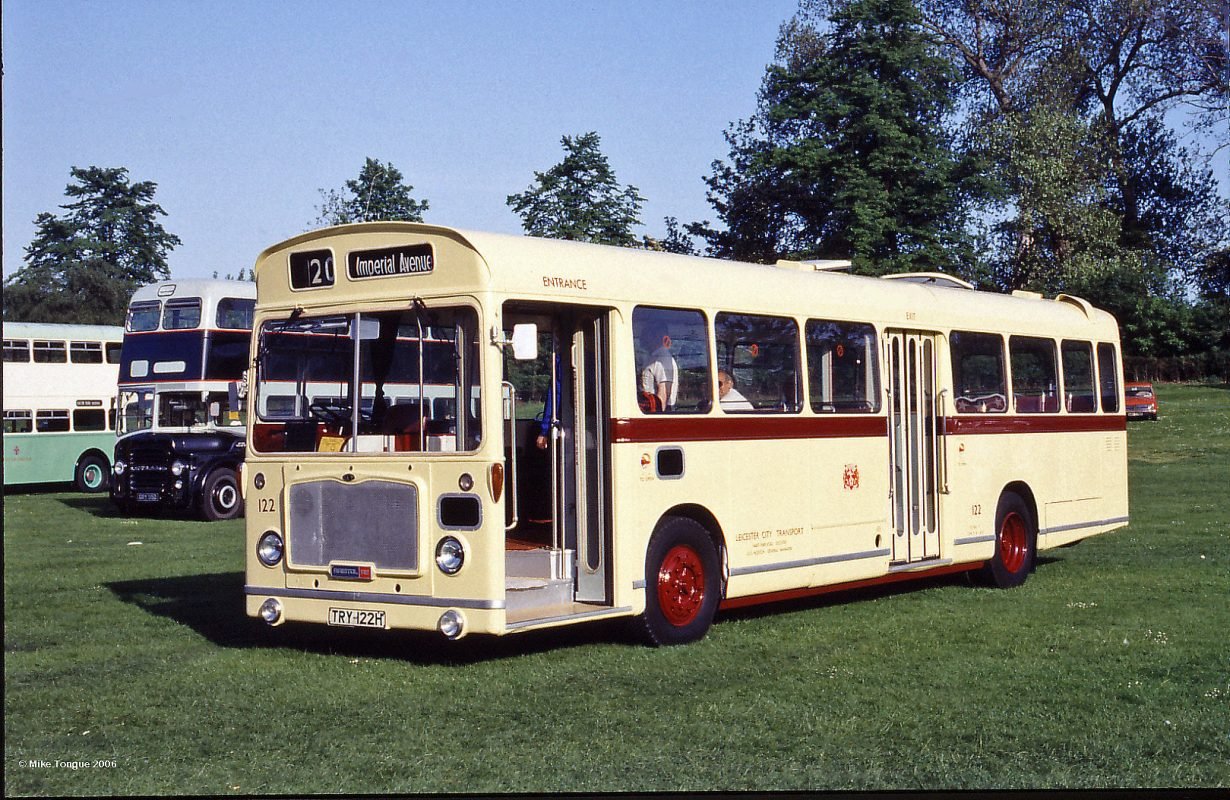 Bristol RELL6L ECW B47D
1969-1980
TRY122H was delivered in December 1969, entering service on 21st as one of a batch of 20 Bristol RE’s that were delivered over 1969/1970 to replace Leyland PD2s. These RE’s had larger windscreens as per the PBC batch and wider centre exists but only number blinds at the rear.
The buses are probably best remembered for use of the ‘Outer Circle’ routes as well as the Anstey Lane and Goodwood routes. 122 was one of the buses used in the experimental traffic light changing experiment in July 1970 which saw some buses fitted with a black box which changed traffic lights in their favour, those fitted with this had a letter ‘X’ added under the fleet number. 122′ was withdrawn at the end of October 1980.
1980-1987
TRY122H was one of 5 RE’s sold to Ipswich Borough Transport to replace their AEC Reliance saloons which had high entrance steps. Arriving in October and entering service in November 1980 keeping the same fleet number of ‘122’ in the Ipswich fleet. It originally entered service in a modified livery of cream with a green band eventually being painted into full Ipswich livery of green with cream window surrounds and black lining. The RE’s received a few modifications at Ipswich, exact fare equipment and conversion from air suspension to coil spring. ‘122’ was one of the last two to see service in Ipswich being withdrawn in July 1987.
1987-1989
After withdrawal the bus was purchased by Ipswich Transport Society and stored at a yard in Coddenham until sold in 1989.
1989 –
Purchased by its current owner in Jan 1989 and moving back to Leicestershire on 22nd January. There then followed an 18 month period of restoration back to LCT livery and the bus was back on the road and attending its first rally in Sept 1990. The bus was stored outside and continued to be rallied until 1993 when the bus required some bodywork carrying out. The bus was taken off the road in early 1994 and has remained so ever since undergoing large amounts of work as and when it has been possible.
The bus (and owner!) has moved locations several times and it is hoped work will continue again shortly. 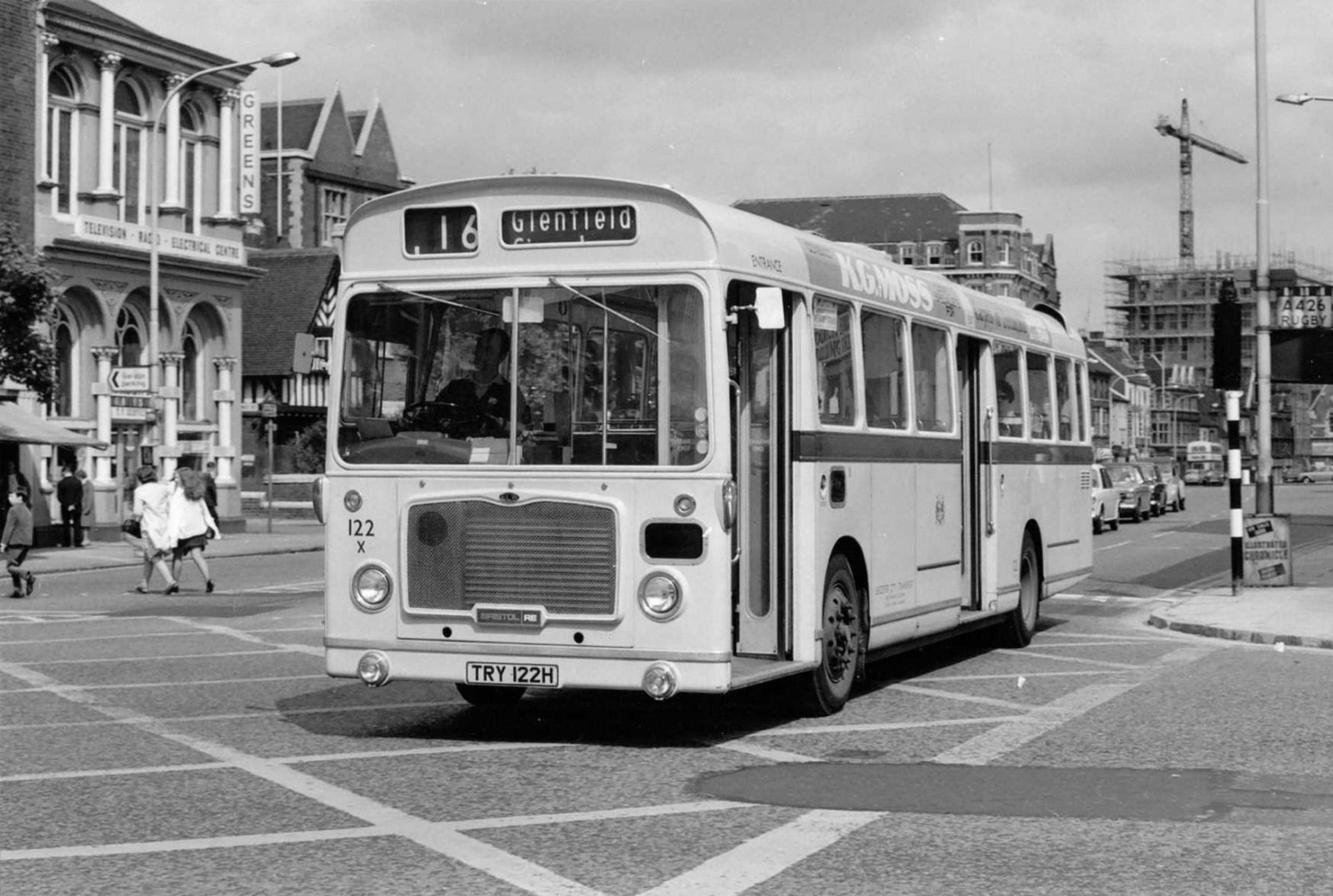 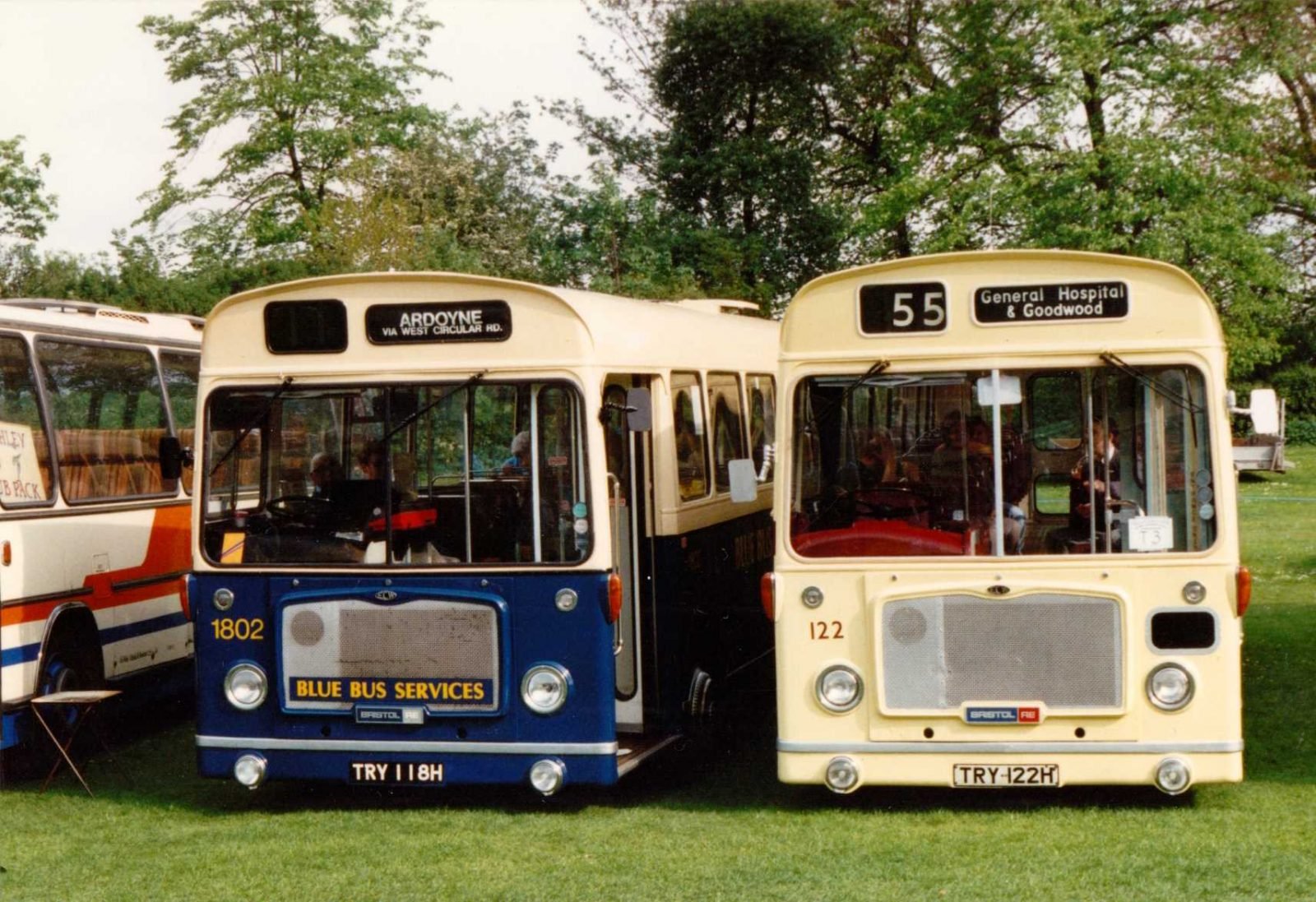 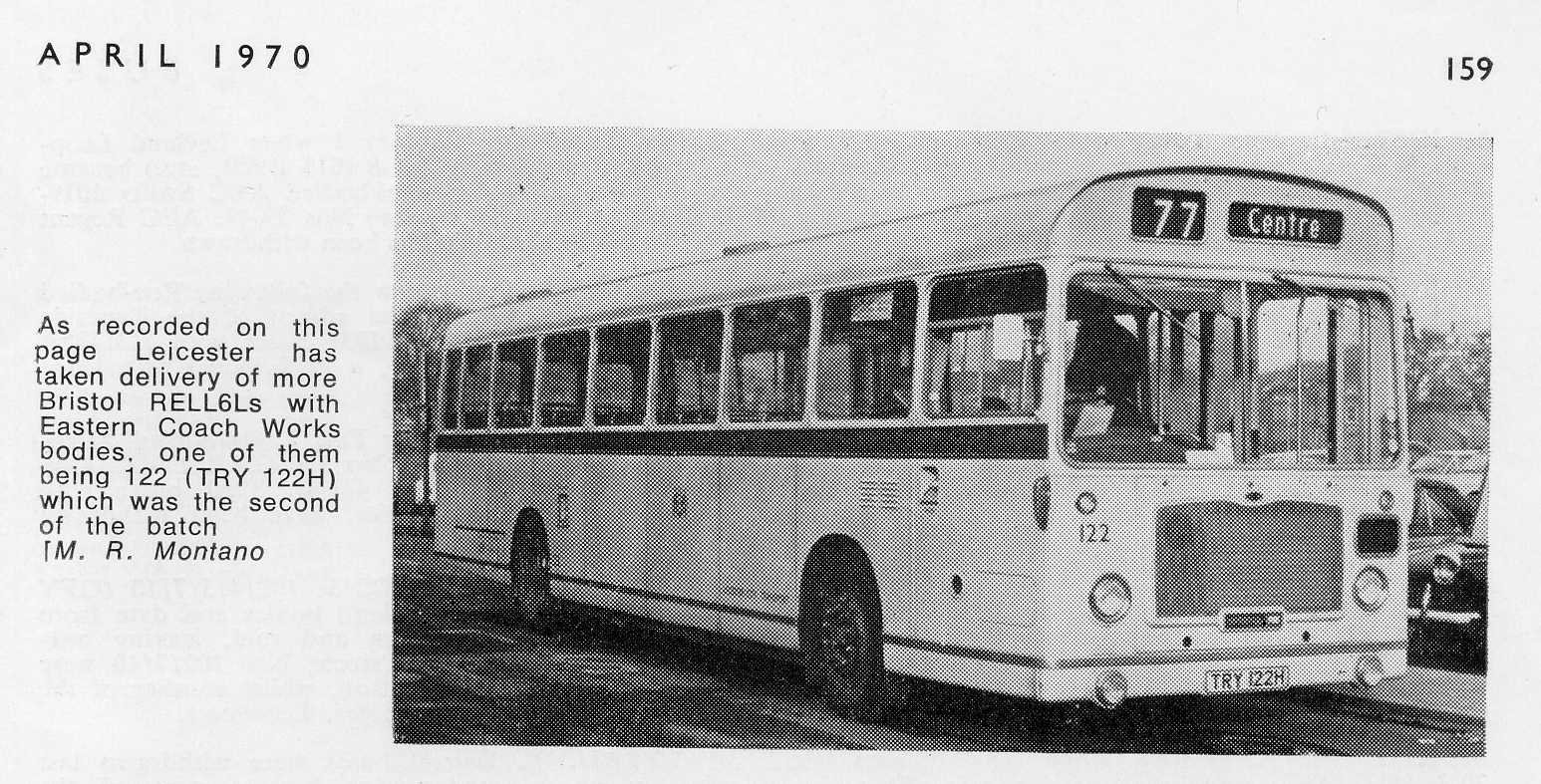 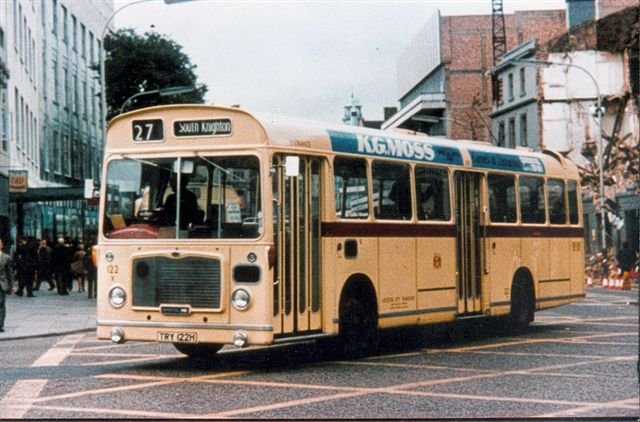 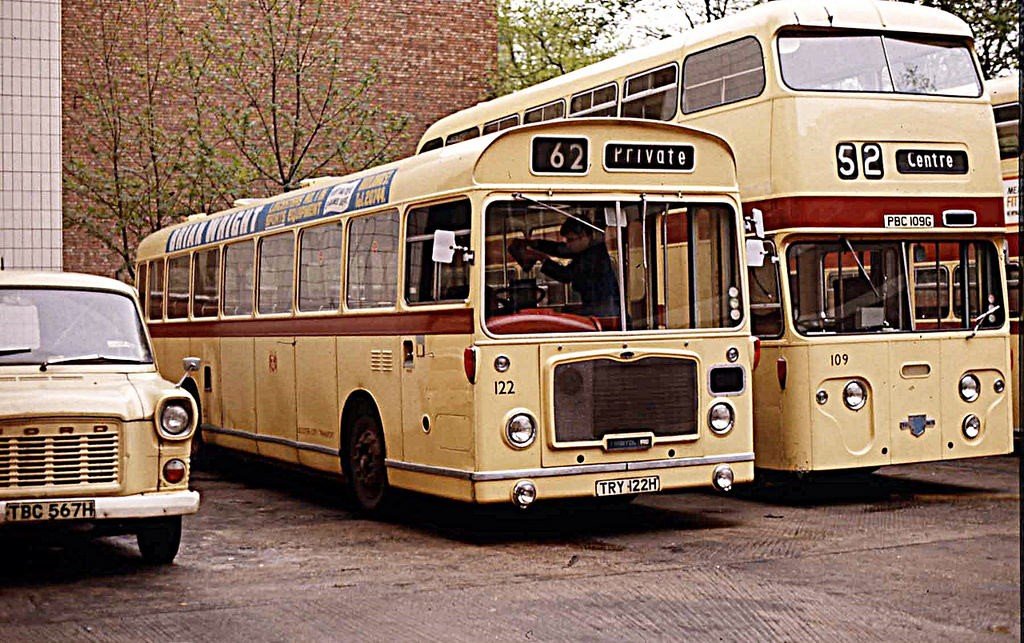 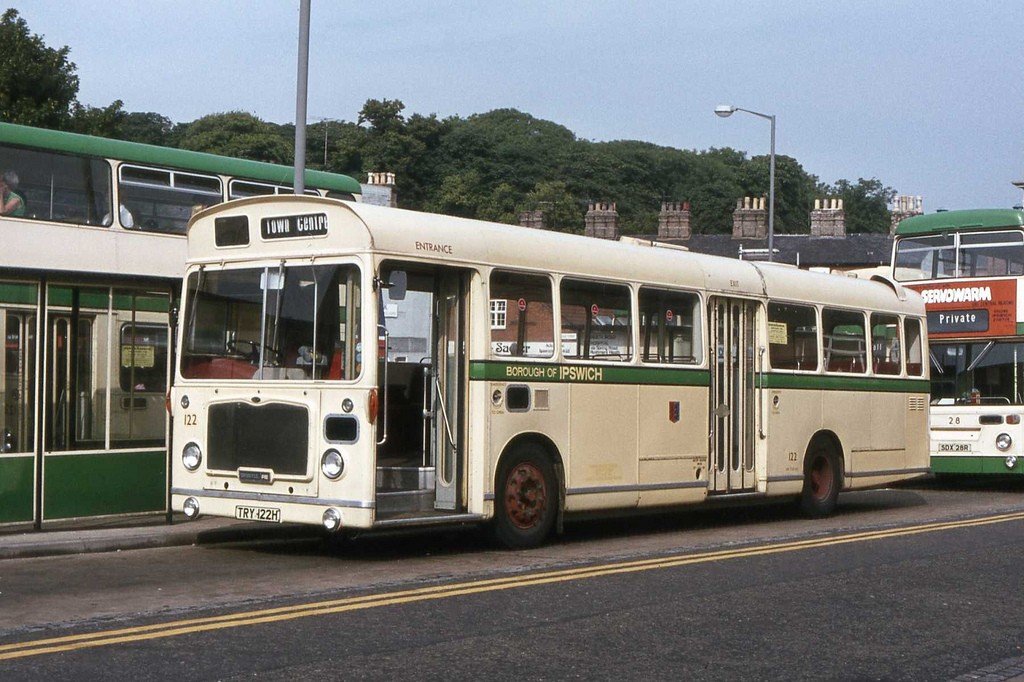 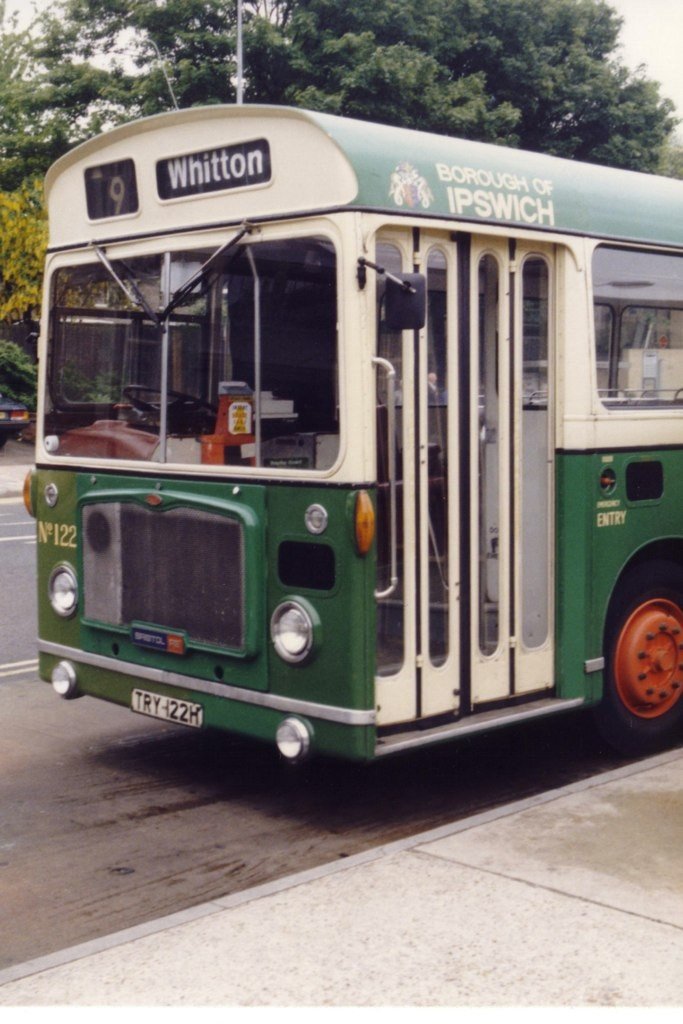