In 1969 when foreign built buses were almost unheard of in the UK an agreement was reached between Metro Cammell Weymann (M.C.W.) and Scania to produce the integral Anglo-Swedish Metro-Scania single deck bus, production starting in 1971. One of the prototypes, VWD 452H, visited Leicester City Transport twice, in November 1969 and in February 1970 before an initial batch of 18 of these buses (Nos. 136-153) were ordered with delivery commencing in March 1971. ARY 225K was the last vehicle in the second and final batch of 17 buses (Nos. 209-225) which were delivered to Leicester City Transport between November 1971 and May 1972 (209-224) with 225 arriving at the end of July 1972. It was used on Monday to Friday peak hour duties only for one month prior to its return to M.C.W. in preparation for its appearance as the ‘Hush Bus’ at the Commercial Motor Show at Earls Court in London.

Upon its return from the Commercial Motor Show it was used on all ‘one man’ bus duties complete with “This Metro-Scania Quiet Bus only 77 decibels ‘patents pending” lettering on both sides and the back of the bus. The reduced noise levels were achieved by additional sound proofing of the engine compartment. The bus had different manufacturer’s badges and different side engine compartment doors. In 225’s early days it appeared at the Liverpool show in July 1972 and was demonstrated to Reading Corporation Transport in December 1972. On the 27th of November 1972 225 helped to launch the Park and Ride North Service from Redhill Circle with actress Fenella Fielding and a large wooden Captain Leicester cartoon caricature! A road test was undertaken at the Mira test track, near Nuneaton, and in Leicester by ‘Commercial Motor’ magazine and this was published on 1st December 1972. On the 7th and 8th of July 1973, 225 was used on the Omnibus Society Presidential Weekend at Leicester, visiting Coventry, Rugby and Northampton. At some time , prior to June 1980, most of the ‘quiet bus’ features were removed from the engine compartment and a standard Metro-Scania exhaust fitted. In May 1985, 225 was withdrawn from passenger service and converted into a mobile information unit and given ancillary vehicle number 5020, the job being completed by October 1985. It was painted with a grey roof, white band and red lower panels. It lost its nearside manufacturer’s badge at this time. 5020 later received a second red, white and grey livery with a red front and rear with red, white and grey diagonal stripes on both sides. The front registration plate was moved to make space for the word ‘infobus’. By 1993 it had received the latest bus livery of maroon roof and lower panels and cream middle with black skirt and wheels.

During its time as an information bus 5020 helped celebrate 85 years of Council ownership of the transport department in the Town Hall Square, launch new routes, worked with Radio Leicester and ran in Caribbean carnival parades as well as attending several Leicester Mercury Transport Pageants in Abbey Park. After GRT Holdings purchased Leicester CityBus, in November 1993, 5020 was kept roadworthy but was only used once a year for the Caribbean carnival.

After withdrawal, 5020 was towed to Snibston Discovery Park on the 17th of November 1994 with the intention that the bus would be converted into a static “tea room” for parties of school children.

A change of plans for 5020 at Snibston Discovery Park made the vehicle redundant. Accordingly the bus was purchased for preservation by Neil Beasley and Michael Webster for the price of £400 and moved to its new storage site in March 1996 for work to commence on restoration back to original condition. Replacement tyres and batteries were fitted, the front registration plate moved back to its original position, paint cleaned off the front destination glass and new blinds fitted. The bus reverted to its former fleet number of 225. Seats came from Leicester Metropolitan GJF 275N at a Barnsley scrapyard and other items came from similar Metro Scanias YDW 752K (ex Newport) and PGC 202L (ex London Transport).

On 13th June 1996 225 passed its first MOT in preservation and attended its first rally on the 30th June at North Weald. Michael Webster became the sole owner of the bus in March 1998 and in the following month 225 was sent to Yeates of Loughborough for major body restoration and a repaint back into the Leicester City Transport cream and maroon livery. Almost two and half years and many of thousands pounds later 225 emerged resplendent on the 19th September 2000. Since then 225 has attended many bus rallies across the country. It is the only surviving LCT Metro-Scania and currently the only restored example of this class of bus. In 2012 it received significant attention to the interior. The LTHT acquired 225 for future safeguarding in December 2012. 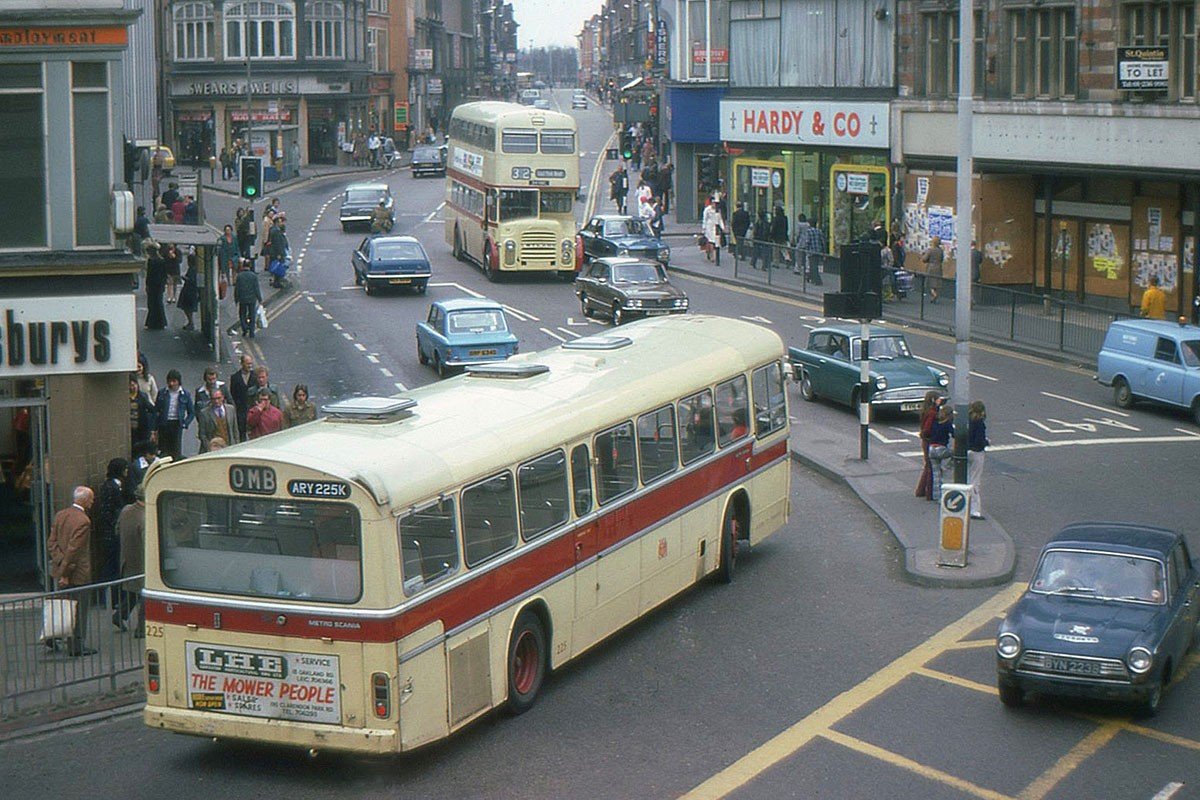 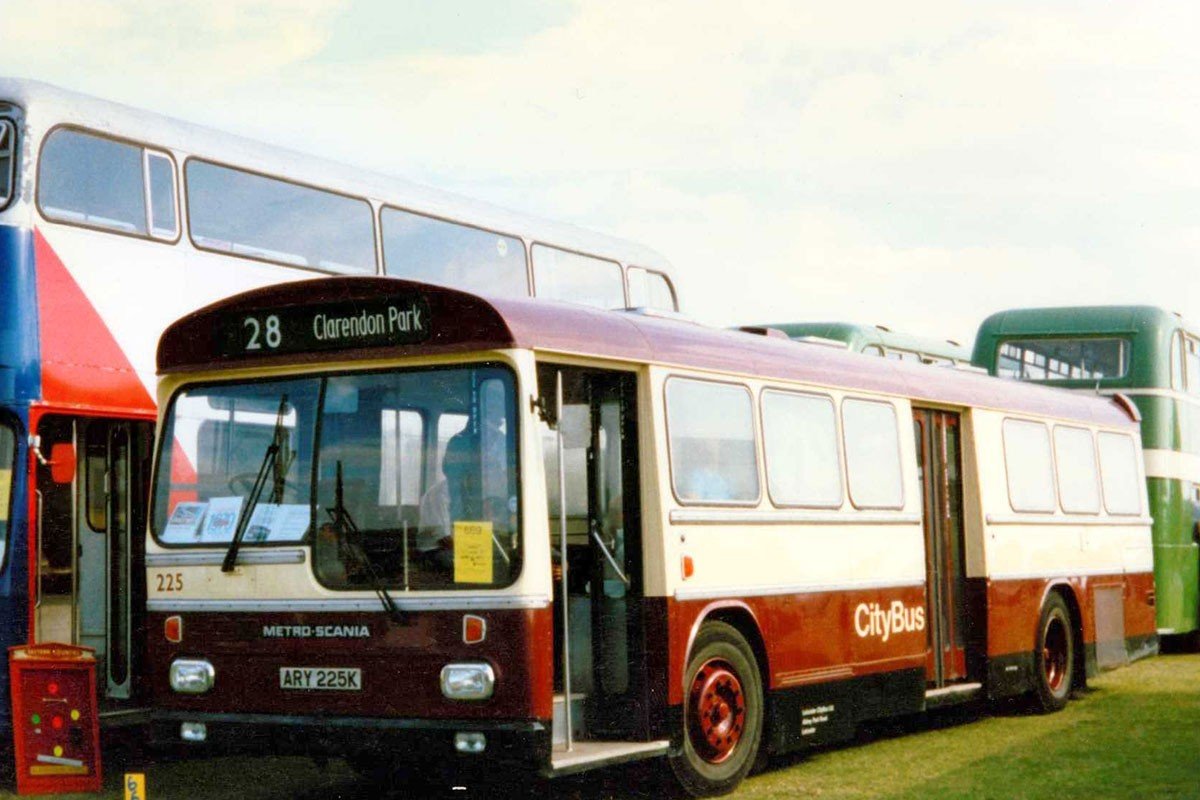 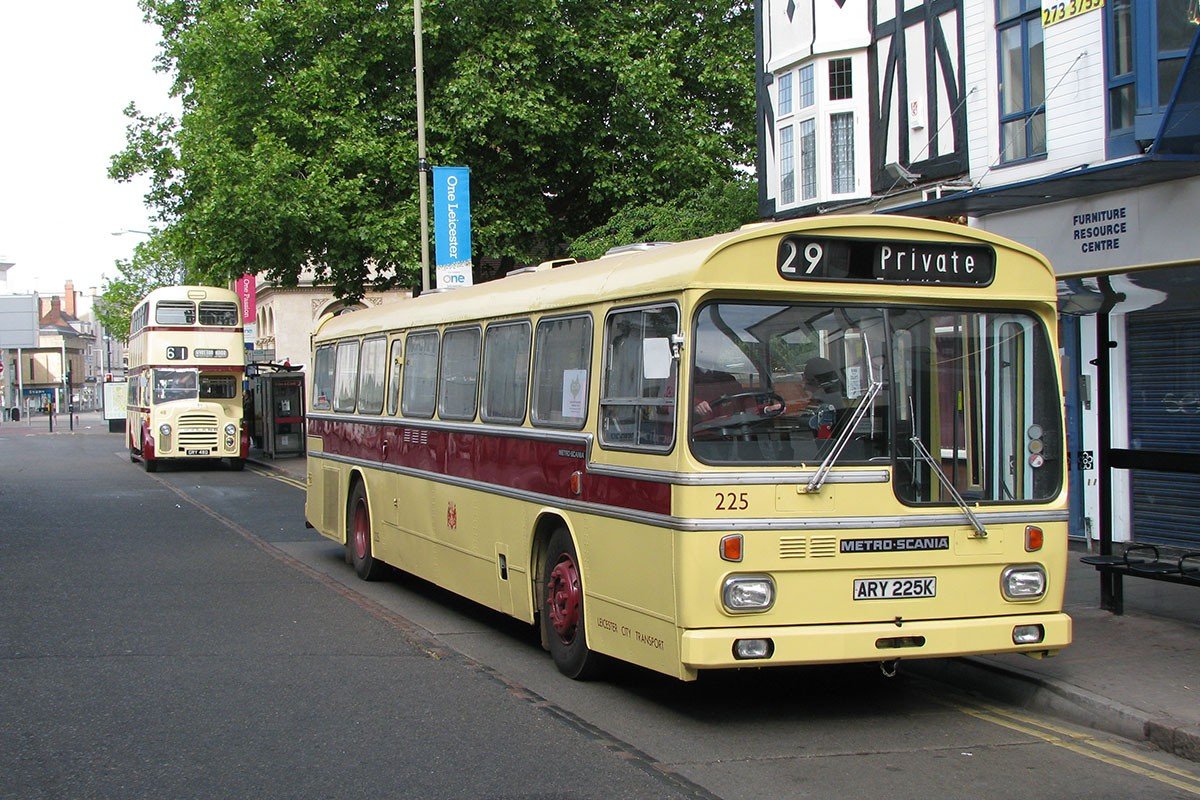