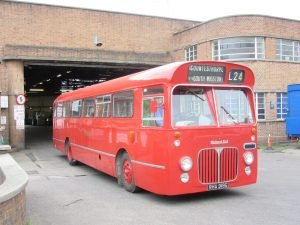 The Birmingham & Midland Motor Omnibus Company built the majority of their own vehicles in-house.  RHA 919G is an example of their final design of single-deck bus, the S23, and was new in December 1968.

5919 features a mid-mounted BMMO 10.5 litre engine coupled to an SCG four-speed semi-automatic gearbox (to BMMO specification) and is of integral-construction (no separate chassis and body) with seating for 51 and weighs in at only 6tons 18cwt 1qr. 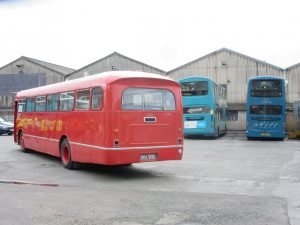 5919 operated from new at Banbury depot but after three and a half years, moved to Malvern.  When Malvern depot closed in October 1976, she was transferred to Wellington where she remained until withdrawal in July 1980.  By bus standards, she managed a particularly meagre service life of only eleven and a half years and ultimately the National Bus Company’s desire for standardisation meant that the BMMO-built vehicles, so evocative of fifties and sixties Midland Red, were always going to be vulnerable for early replacement by the large numbers of incoming Leyland Nationals and Leopards. 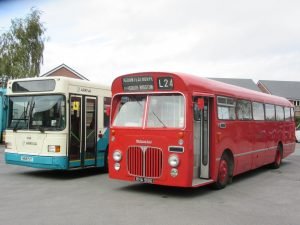 5919 was saved for preservation by the 5479 Group which later became the Worcester Bus Preservation Society and after a period of time as a driver trainer was restored in traditional Midland Red colours.  Later she received NBC poppy red livery.  At the end of 2008, she changed hands her new owner being Robin Woodcock of Weymouth. 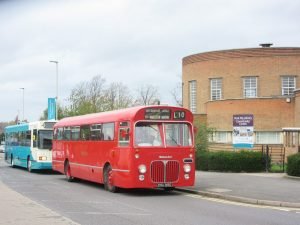 Sadly after the death of Robin Woodcock in 2017, 5919 was purchased by new owners ‘The Leicester S23 Group’ and the bus now resides in Leicestershire. 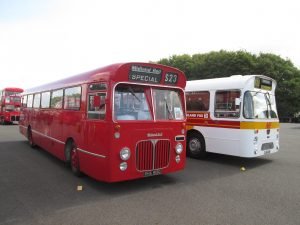