This recent addition to the LTHT collection is a standard National Bus Company specification Leyland Olympian with ECW body built to the standard low height of 13ft 8in (4.2m). Power is provided by a Gardner 6LXB engine rated at 177bhp which is connected to a Leyland Hydracyclic semi automatic gearbox with integral retarder. Air brakes and air suspension are fitted together with a dropped centre rear axle and front mounted radiator. Wheelbase is 16ft 3in (4.9m) with an overall length of 31ft 5in (9.6m).

The chassis was built at the factory of Bristol Commercial Vehicles, Chatsworth Road, Brislington, Bristol, which closed in October 1983 when production transferred to the Leyland plant at Workington, Cumbria which had originally been opened to build the Leyland National. The ECW body was built at the latter’s factory in Lowestoft; the Olympian being the last design produced by both the Bristol and Lowestoft factories. A Certificate of Initial Fitness was issued on 18 August 1983. It was delivered in all over brown undercoat the following week and later despatched to the former Midland Red Carlyle Road works in Birmingham for painting into the new livery of yellow front sloping after the first third to red in the remaining two thirds. Delivery of the batch, which was given fleet numbers 4501 to 4512, started at the end of September. In common with many Olympians built in Bristol, 4502 was registered as a Bristol, A502 EJF on 1 October 1983; being one of five of the batch licensed that day, the others being 4501, 4503, 4505 & 4506. These Olympians were the first new buses to be delivered to Midland Red East Ltd since the split from Midland Red on 6 September 1981. The only other new vehicle until then being no. 1 (BRY 1Y) a Leyland Tiger TRCTL11/3R coach with a Plaxton Paramount 3200 C51F body in May 1983. They were given Midland Red type code D16 and were the first double deckers in the fleet fitted with tachographs. Luminator electronic destination displays also featured.

4502 was the second of the batch to be put on the road in early October 1983 which was three months prior to the launch of Midland Fox which had been deferred by three months. It therefore took to the road with small Midland Red fleetnames which were replaced by the large Midland Fox logos when the new name was launched on 15 January 1984. It was initially allocated to Leicester Southgates Garage and was transferred to join 4501 and 4512 at Coalville in October 1984 where it was destined to spend the next 20 years in service. After 9 years in standard Midland Fox fleet livery the rest of its life was spent in various Leicestershire County Council Safety message overall advertisements so it never carried Arriva livery.

It was withdrawn in July 2004 and sold to Ensign Dealer.

After service with Arriva

Purchased by well know Leicestershire operator, Confidence Bus & Coach Hire, it entered their service in September 2004 still in LCC livery. It gained their fleet colours by early 2005 as no.63 and saw regular use on school contracts and private hire work. It was collected by LTHT on Saturday 29th November 2014 having been in service until the day before.

Thanks to the generosity of Ken Williams of Confidence Bus and Coach Hire who kindly donated the bus to LTHT an important gap in Leicestershire transport history can now been filled so the modern and colourful red and yellow livery can eventually be recreated.

With the chassis number ON888, A502 EJF could be described as a ‘lucky’ bus as in Chinese numerology it has the meaning triple fortune. Hopefully, this will ensure its survival for many years to come. 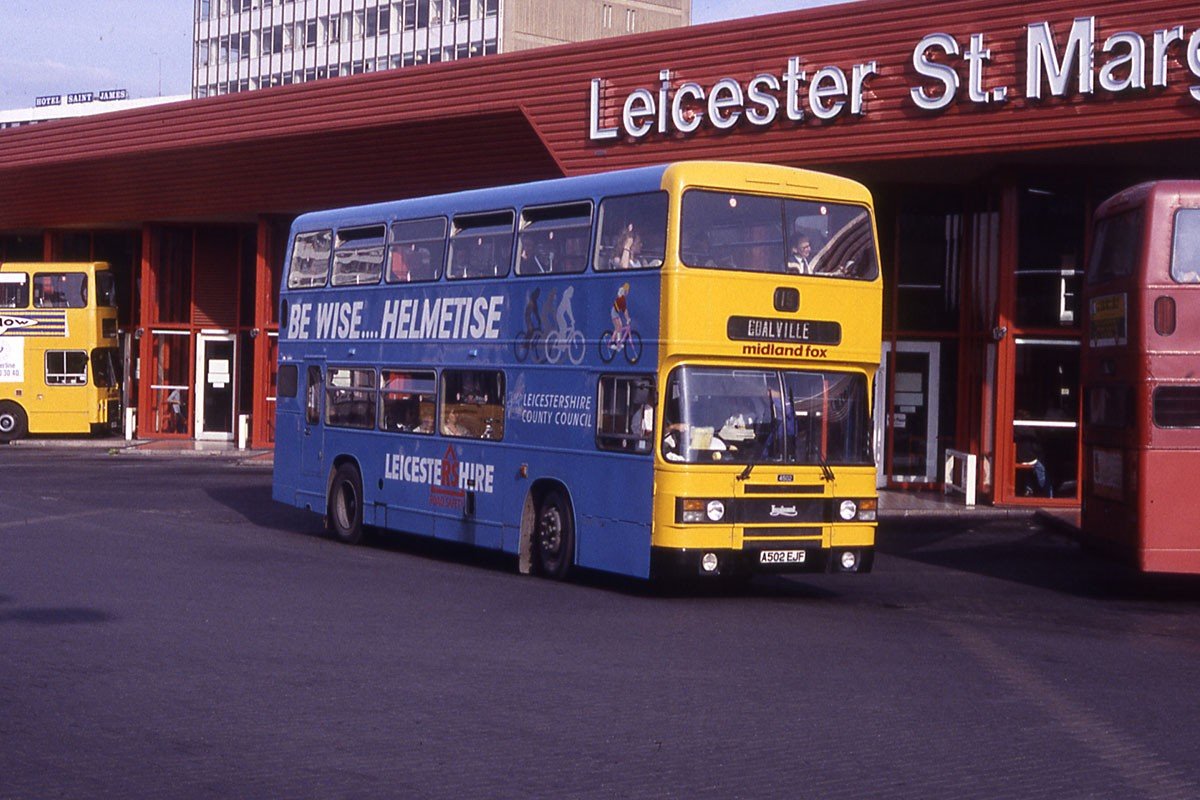 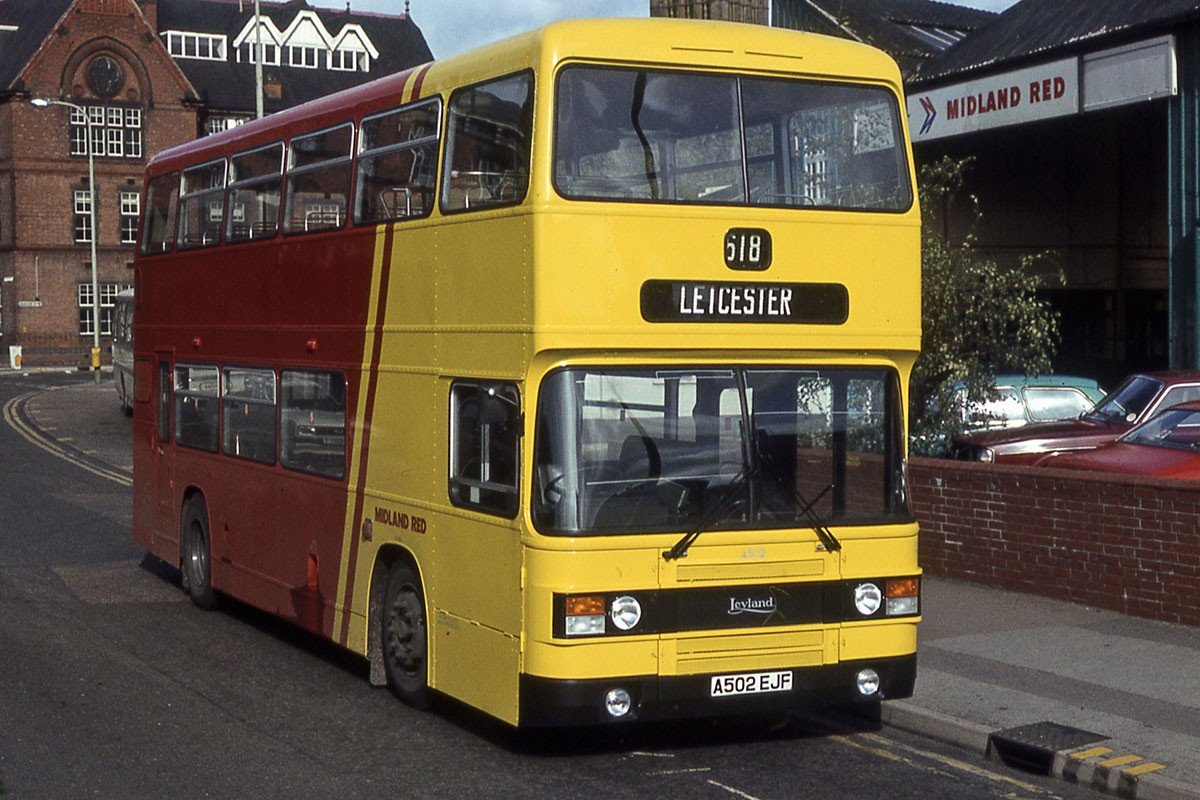 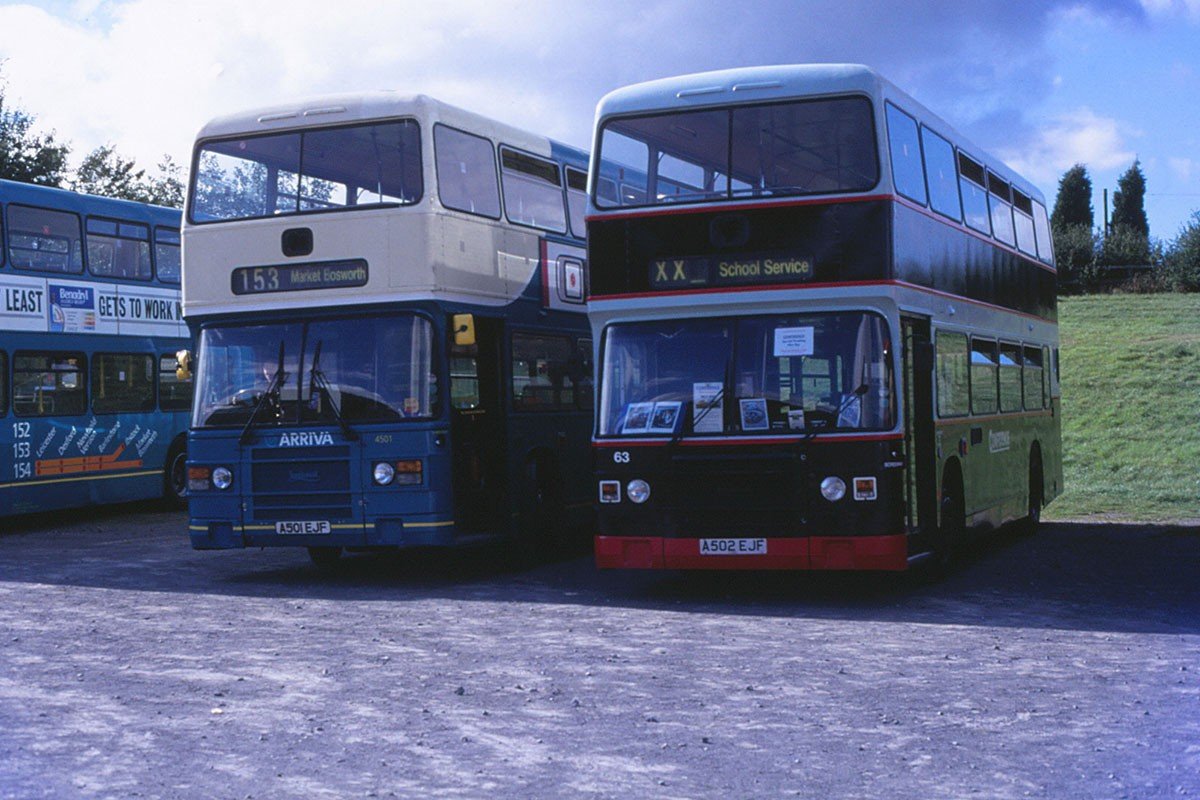