One of the last of the conventional front engine, rear entrance type of bus to ordered by Leicester City Transport, the buses were the same as the other Leyland PD3s except that the transmission was semi-automatic. Appropriately christened “one-leggers” by the drivers, No. 29 was in the final batch of twenty PD3s to enter service with LCT on 4 December 1967 (the same day that it was licensed.

Reports of classic car ‘barn finds’ occur from time to time but ‘barn finds’ of classic buses are much rarer, so imagine the surprise and delight that after 31 years the LTHT discovered that LJF 29F had survived on a Leicestershire farm. Purchased by its current owner in 1982 directly out of service with Leicester City Transport, the bus was collected from the Abbey Park Road garage. The bus took part in a number of local carnivals and even took a day trip to Skegness before being parked up in 1984. The bus has been protected from the worst of the elements and doesn’t appear to have suffered too badly from the usual corrosion problems thanks to a good dossing of Waxoyl. No. 29 is totally original having been purchased straight out of service and may see a return to the roads of Leicestershire in 2014. 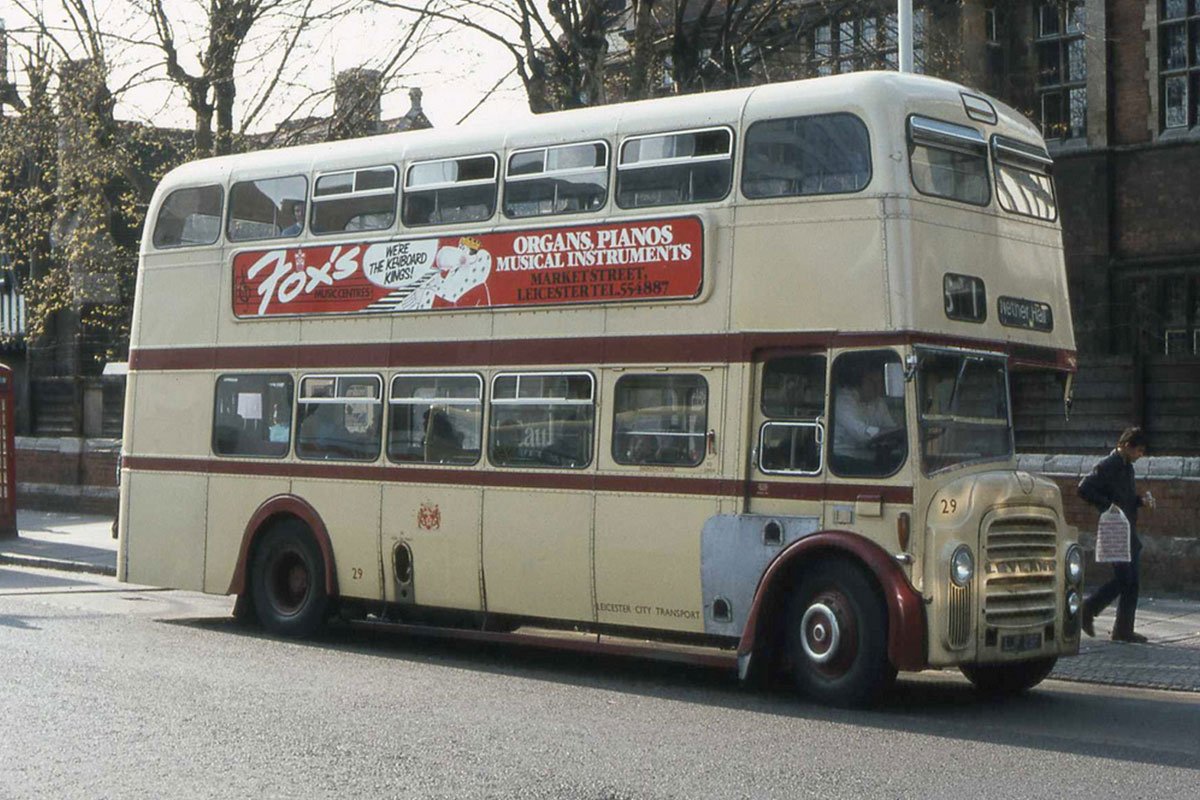