Park Royal Vehicles Ltd received the 1963 bodywork order for the ten Leyland PD3’s delivered to Leicester City Transport in that year. The body was built to a new design by Park Royal which gave a very wide appearance to the driver’s cab when compared to the other PD3s in the fleet. This bus had a syncromesh gearbox and air brakes and weighed just over 8 tons unladen when it entered service with Leicester City Transport as fleet number 264 on 12 January 1963. A useful improvement was made to the PD3 in 1960 with the introduction of the fibreglass ‘St.Helens’ front, so named because it had been the result of collaboration between that municipal town’s undertaking and Leyland. The cut in the bonnet side gave drivers a much better kerbside view. This style was designated the ‘PD3A’. Leicester City Transport took the PD3A option from 1961 onwards and received a steady flow of the vehicles each year until 1967 by which time 117 PD3s had been received. After 14 years of service in Leicester, 264 was withdrawn in October 1977.

264 ERY was sold to Guide Friday Tours and converted by Willowbrook Ltd to open-top for use around the Stratford-upon-Avon area. It was the first bus operated by Guide Friday and was looked upon as a special vehicle and also a very reliable bus. It was used on sightseeing work for over 20 years in various locations including Windsor and Oxford, but mainly Stratford-upon-Avon. The bus carried various Guide Friday liveries depending in which town or city it was operated. The bus carried the name ‘Kiery’ again to show its special status in the Guide Friday fleet.

The bus was owned by Company directors of Guide Friday, but loaned for display and occasional use at the Aston Manor Road Transport Museum. It was offered for sale in 2011 and purchased by Leicester Transport Heritage Trust and returned back to Leicester in that year for continued preservation. Work started in 2019/2020 to refurbish certain parts of the bodywork and give 264 a through mechanical overhaul to return the PD3 back to the road after a number of years on show at the Stoneygate Tram depot. 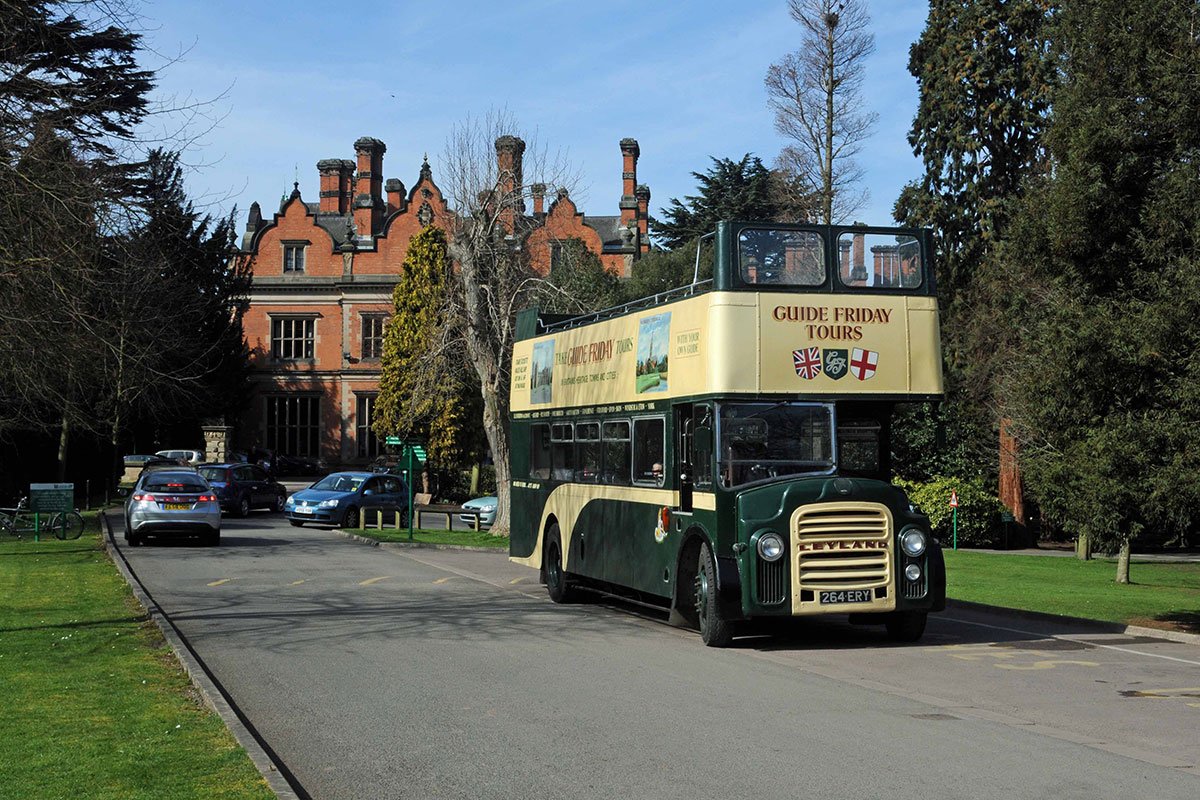 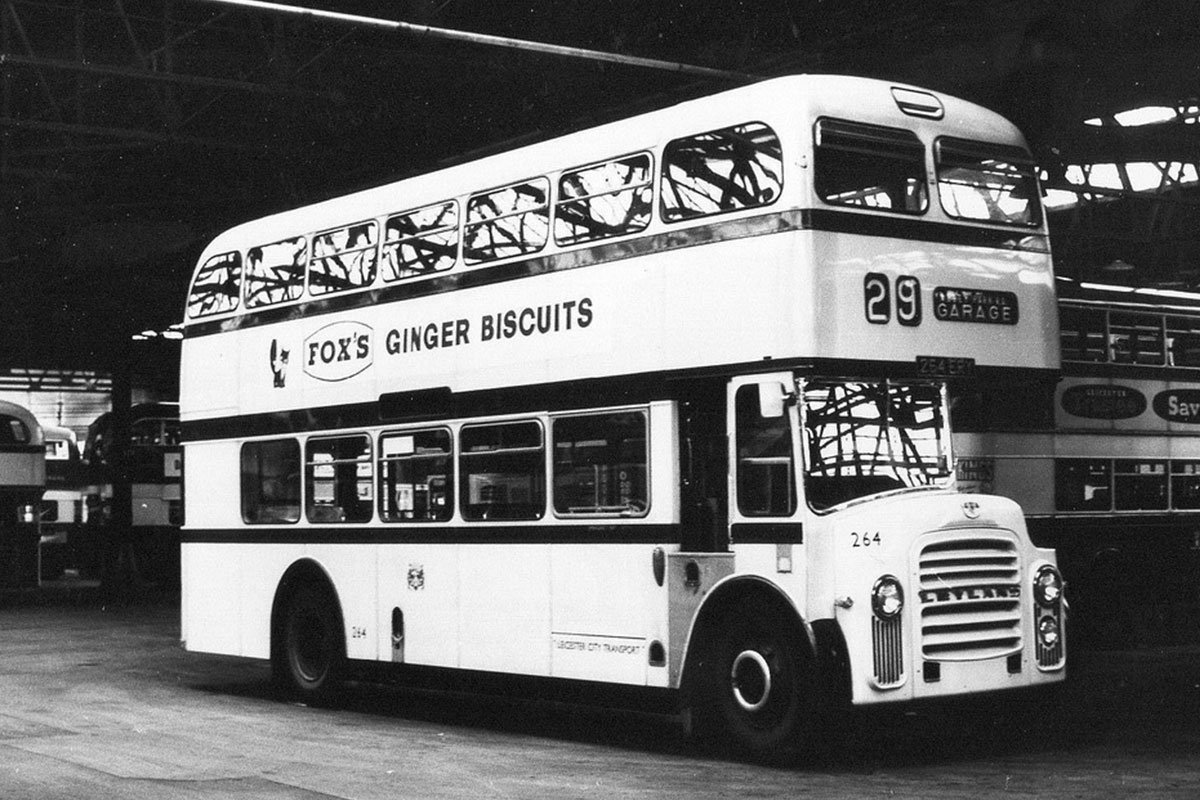 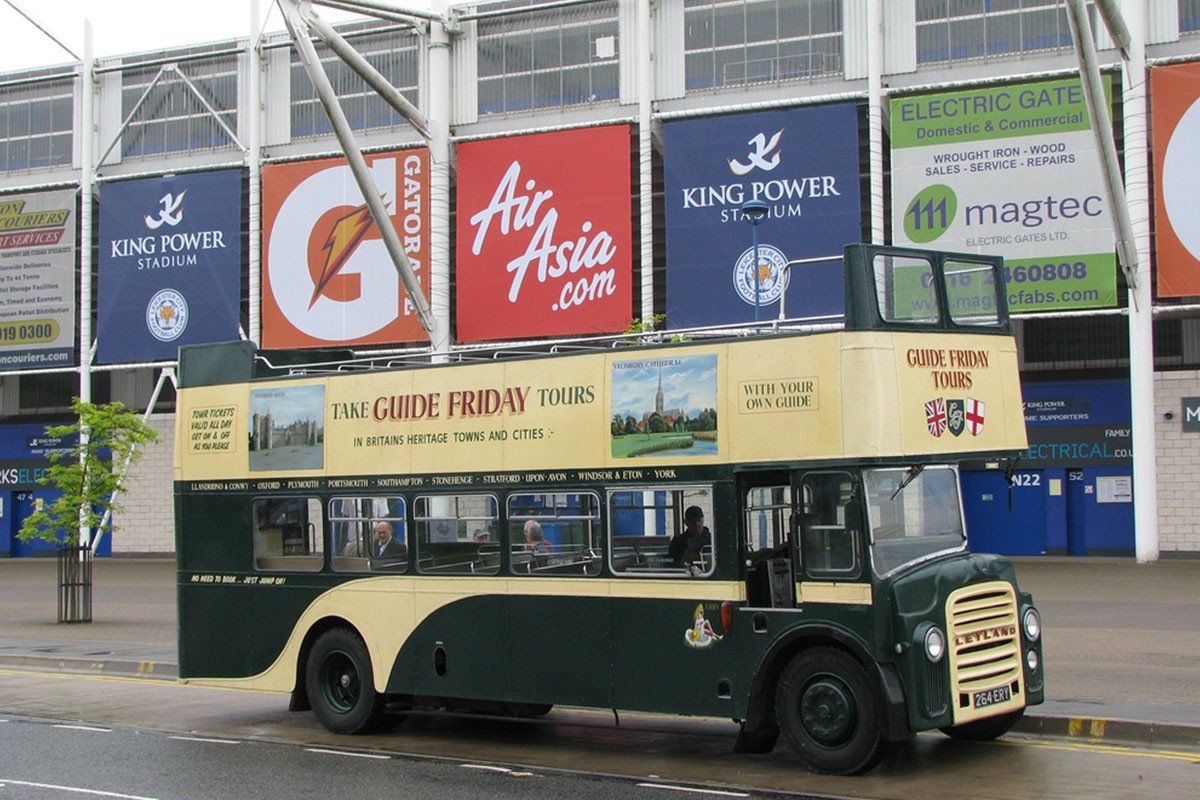 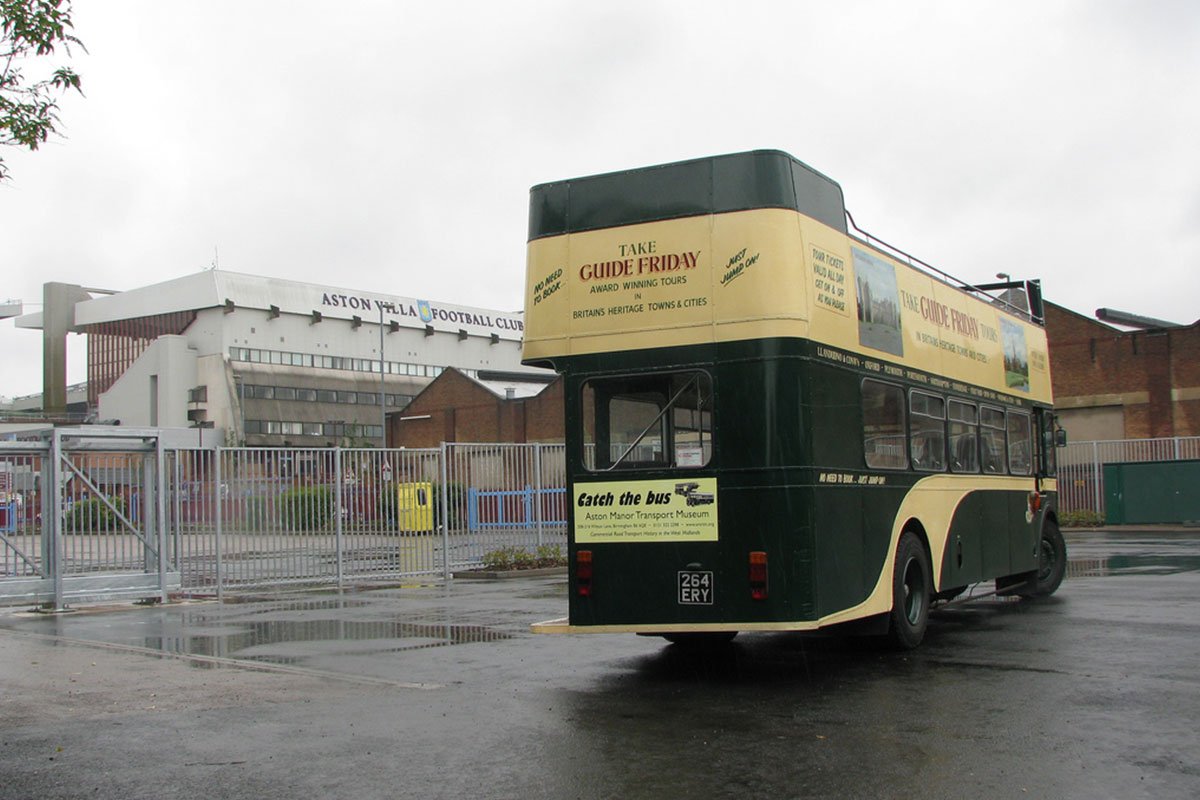 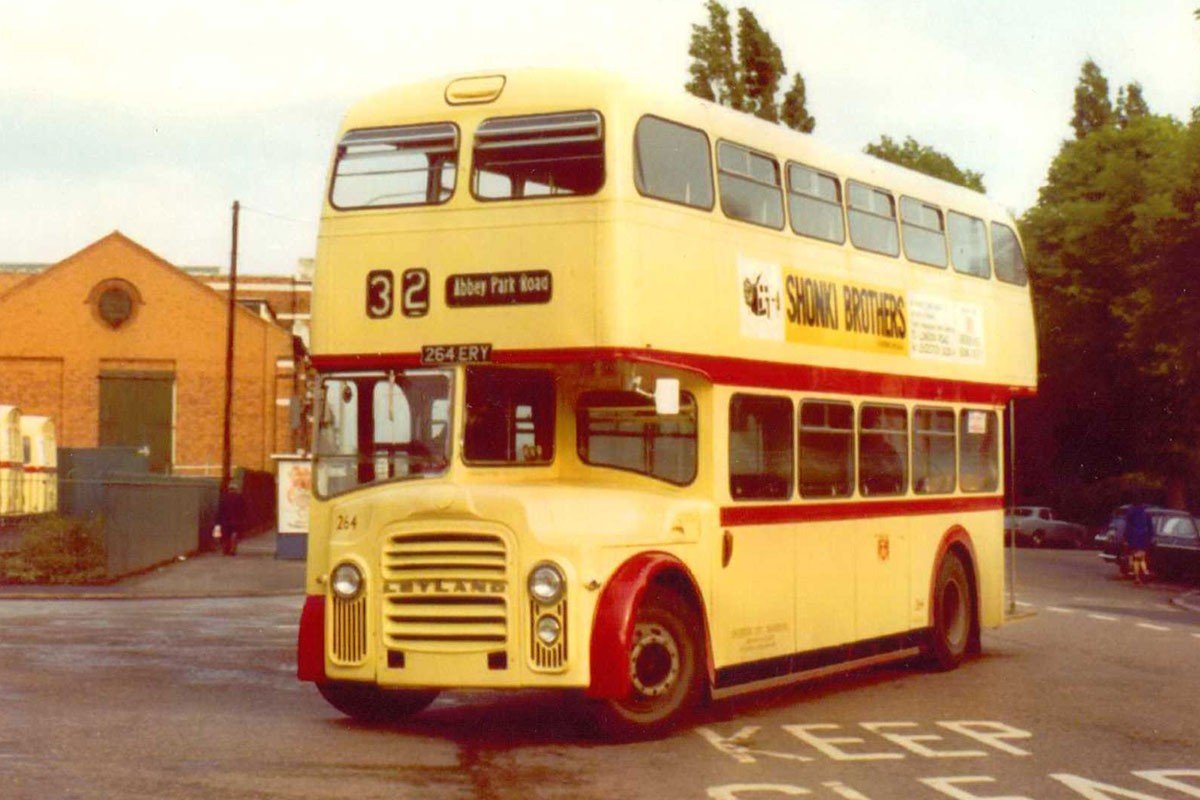 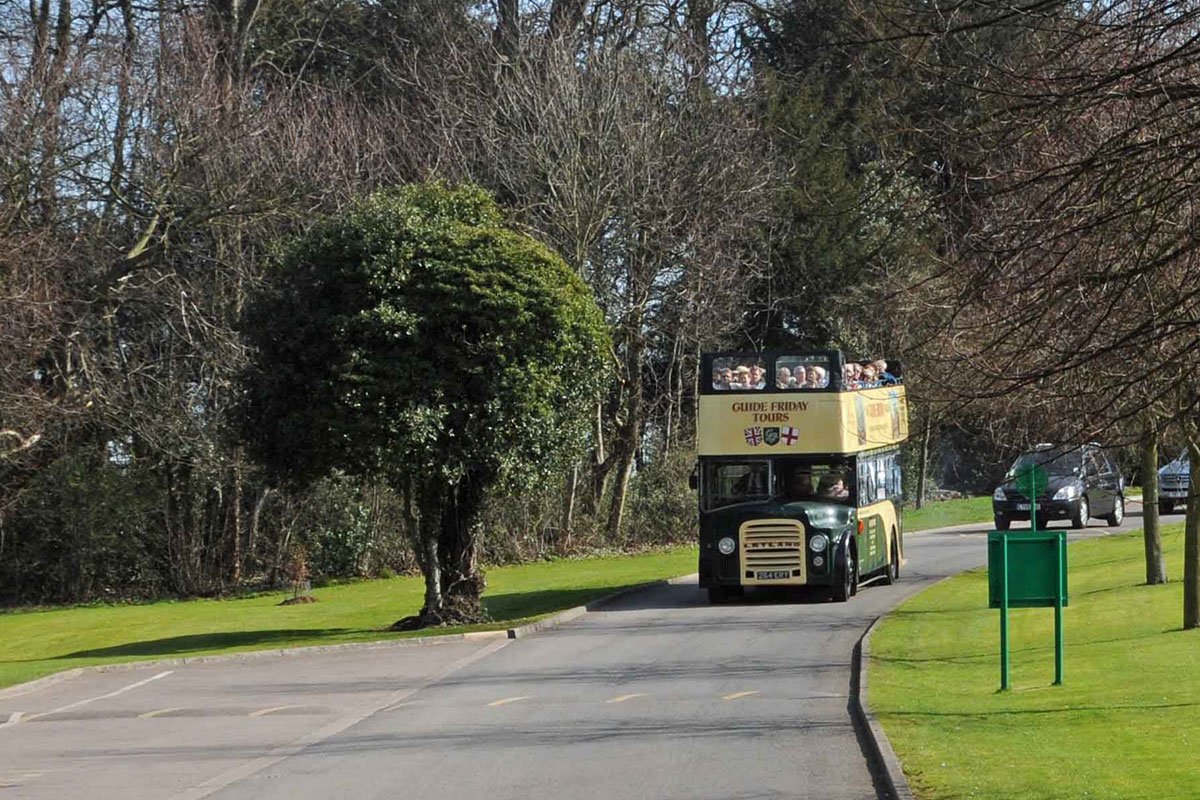