New to Leicester City Transport as number 190 this bus was one of only three double deck buses (numbered 188 – 190) to be fitted with a forward entrance immediately behind the front engine rather than an open rear platform which featured on all the other front engined double deckers operated by LCT. They cost £6,908 each plus an additional £50 for a “sunshine” translucent double skin roof on the top deck. 190 was the first of the three to enter service on 16 August 1965 with 188 and 189 following on 26 August 1965. All three were initially used on the cross city Stocking Farm to General Hospital route prior to being used on most double deck services. It was repainted into the two maroon bands livery in January 1969.

190, together with 188 & 189 were sold to local dealer, Yeates of Loughborough for £1,900 each in November 1976. Acquired by Taylors of Sutton Scotney, near Winchester in November 1977 its maroon bands were repainted green but the cream remained the same, even continuing to show the Marstons brewery adverts which it wore in its final period with LCT. It was used almost exclusively on school contract work and became a popular member of the Taylors fleet.

It was sold to John de Bruin of North Tidworth, Salisbury in May 1989 but was withdrawn in May 1990 following engine failure and sold to Carl Ireland (dealer) of Hull the following month. A replacement engine was fitted but whilst in store the bus suffered from vandalism and some seats were damaged.

190 was acquired for preservation by the ‘190 Renown Group’ in April 1992 and driven to Gloucester where restoration work began. The chassis extensions fitted by East Lancs were rotten and needed to be replaced. Additional major work included new stress panels between decks, replacement framework and panels, repair of the rear cross member, front platform, rear emergency door, wheel arches, rear suspension, rear floor and replacement of some seat coverings. Work was completed and a MOT obtained in May 1998 with its first outing being to the Leicester Vintage Vehicle Pageant at Abbey Park four days later.

Since then, 190 has been a regular attendee at bus rallies all over the country including Showbus at Duxford, Sheffield, Bristol and elsewhere. It is been based in Leicester since 2008. 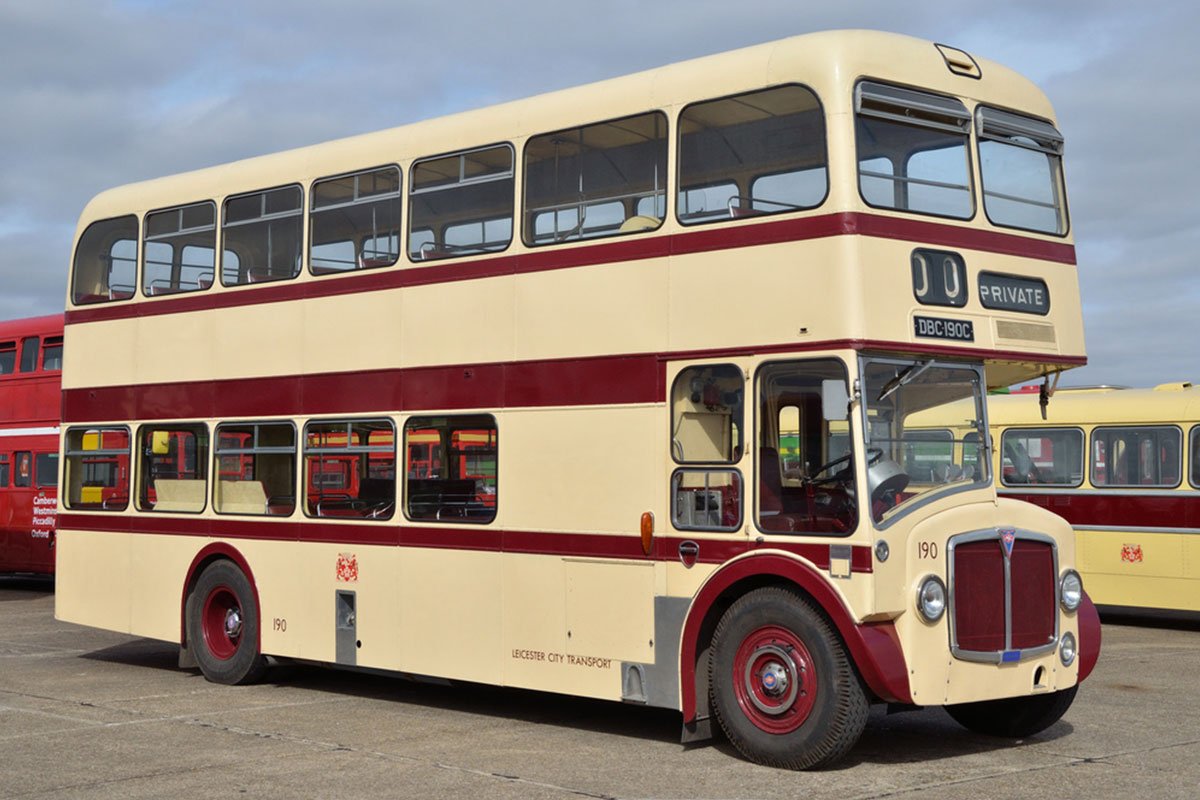 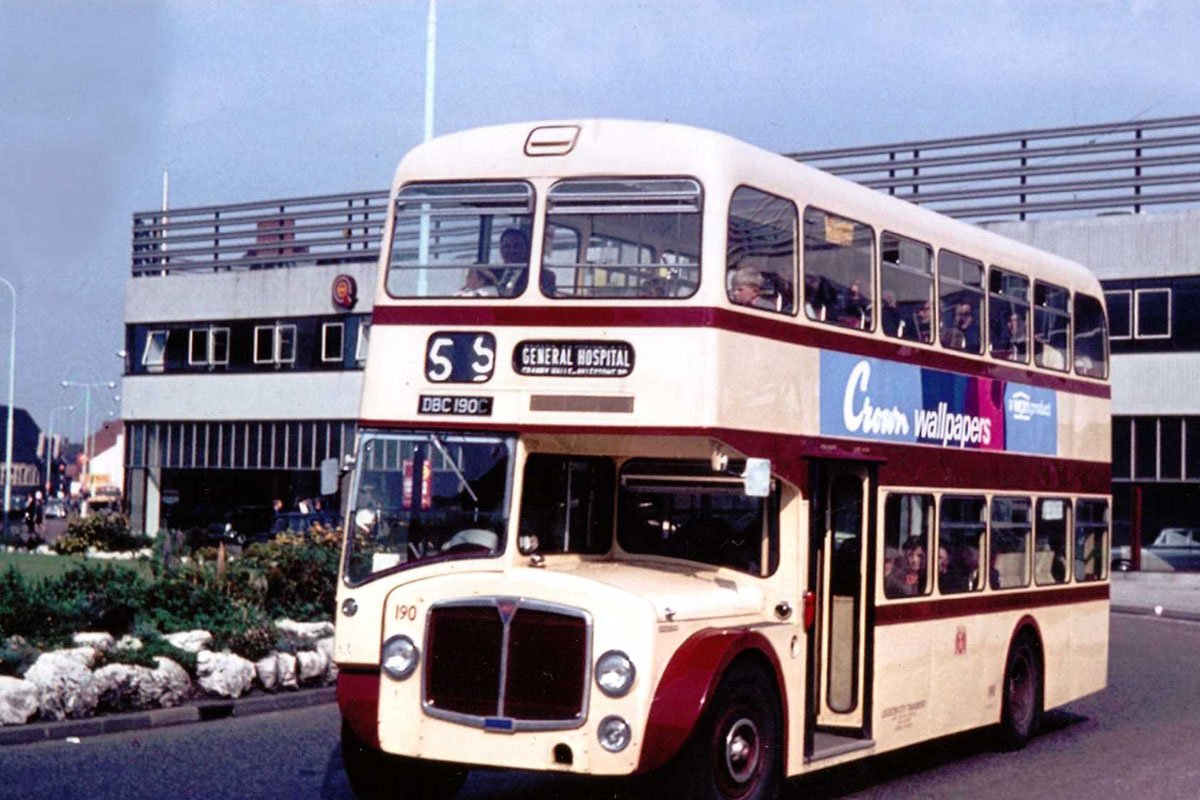 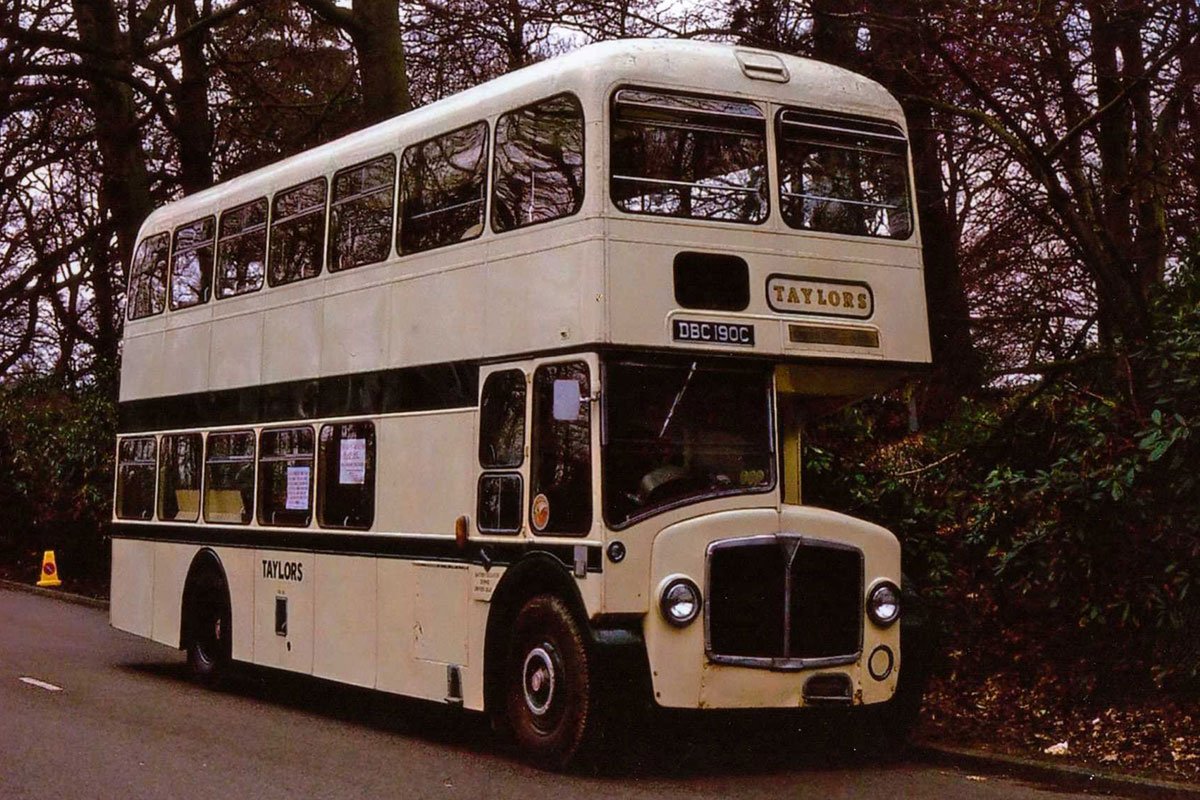 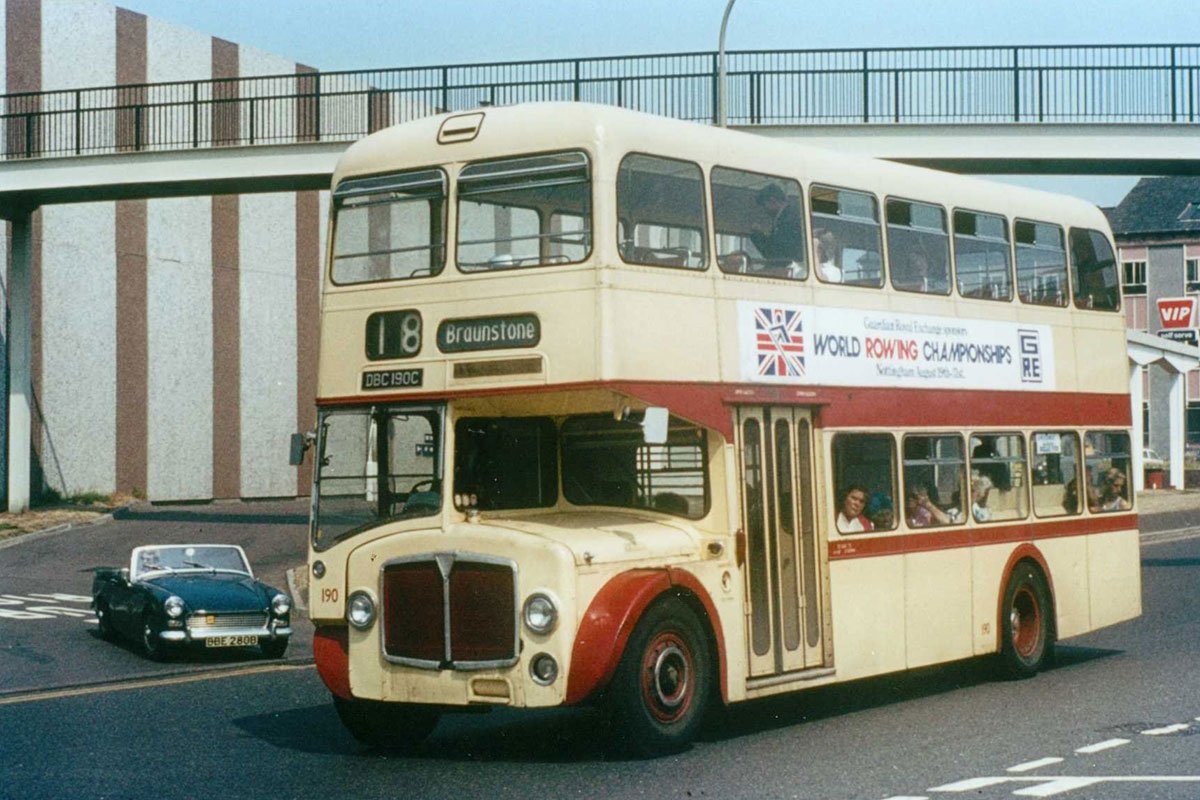 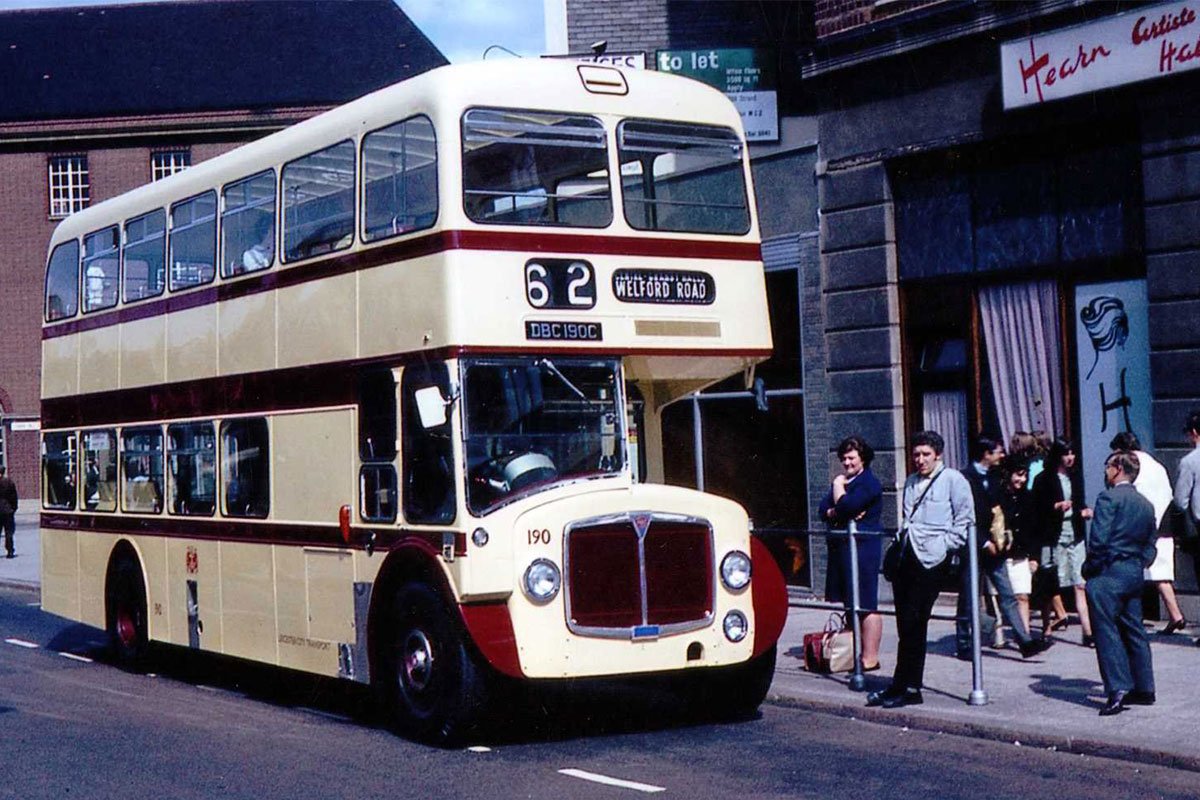 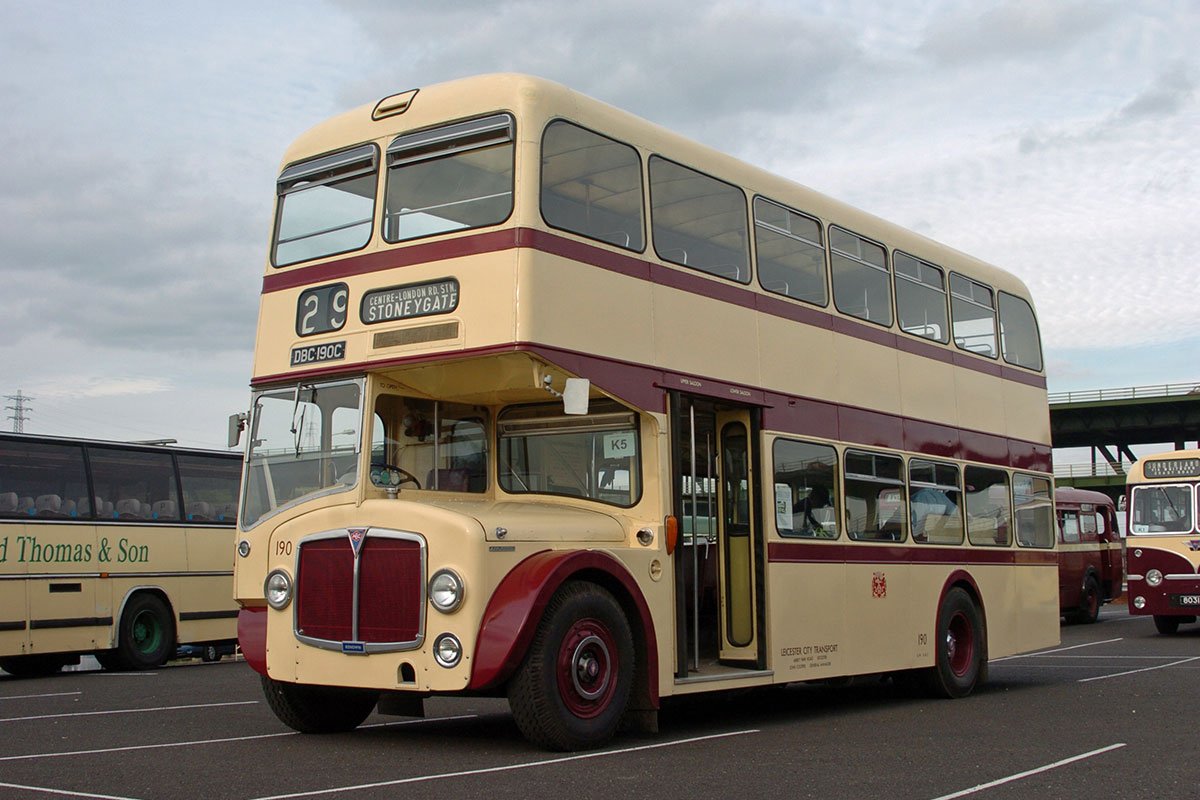