There is no doubting that the Midland Red D9 is an icon and has many fans. Of the 345 buses a large proportion were allocated at some time in their life at a Midland Red garage in Leicestershire. However, some D9s were particularly special with their entire service life having been spent in Leicestershire. One such D9 is 5314 which was new in April 1963 and allocated to Coalville (CE) garage. It had the standard Carlyle built 72-seat (H40/32RD) body with Midland Red’s standard moquette covered seats on both decks. It was at Coalville, or occasionally at the former Brown’s Blue Markfield garage when covering for heavy overhauls of other buses, until it was transferred to Leicester Southgate Street (SS) in October 1977. It then had the distinction of being the last D9 to enter Southgate Street garage on 31st December 1979, the final day of regular services operated by Midland Red D9s. After withdrawal by Midland Red 5314 was sold to London based Obsolete Fleet in June 1980. Obsolete Fleet purchased a total of 10 D9s over the period 1974 to 1980 and the first seven of these, acquired between December 1974 and February 1975, were converted to open-top for London sightseeing work. The last three D9s acquired in 1980 (Nos. 5314, 5341 and 5360) were not converted to open-top and in fact 5314 was not actually used by Obsolete Fleet and was not repainted in LT red. It wasn’t kept long being withdrawn in October 1981. 5314 was then acquired for preservation by Peter Hudd in October 1981. Peter rallied 5314 and we have a number of photos taken at rallies in the period 1982 to 1984. The story of the bus is less clear after that but there may have been some mechanical issues which resulted in the bus being laid up. We do know that it was stored outside at a facility at Hurley by February 1993 and was towed to an undercover storage facility in Northamptonshire in early 2000 but some significant damage to the rear occurred during the move. Peter Hudd passed away in 2017 and ownership of 5314 then passed to Aston Manor Road Transport Museum (AMRTM) with the other two buses that Peter owned. However, AMRTM already had two D9s in their Collection and following an interest in acquiring having been made the bus was sold to LTHT in December 2017. The bus requires a lot of work in order to make it road worthy again but it was moved back to Stoneygate Tram Depot on 30th November 2019, which was a very cold day, and already the bus received some attention in removing almost twenty years of accumulated dirt! Further work is planned for 2020/21. 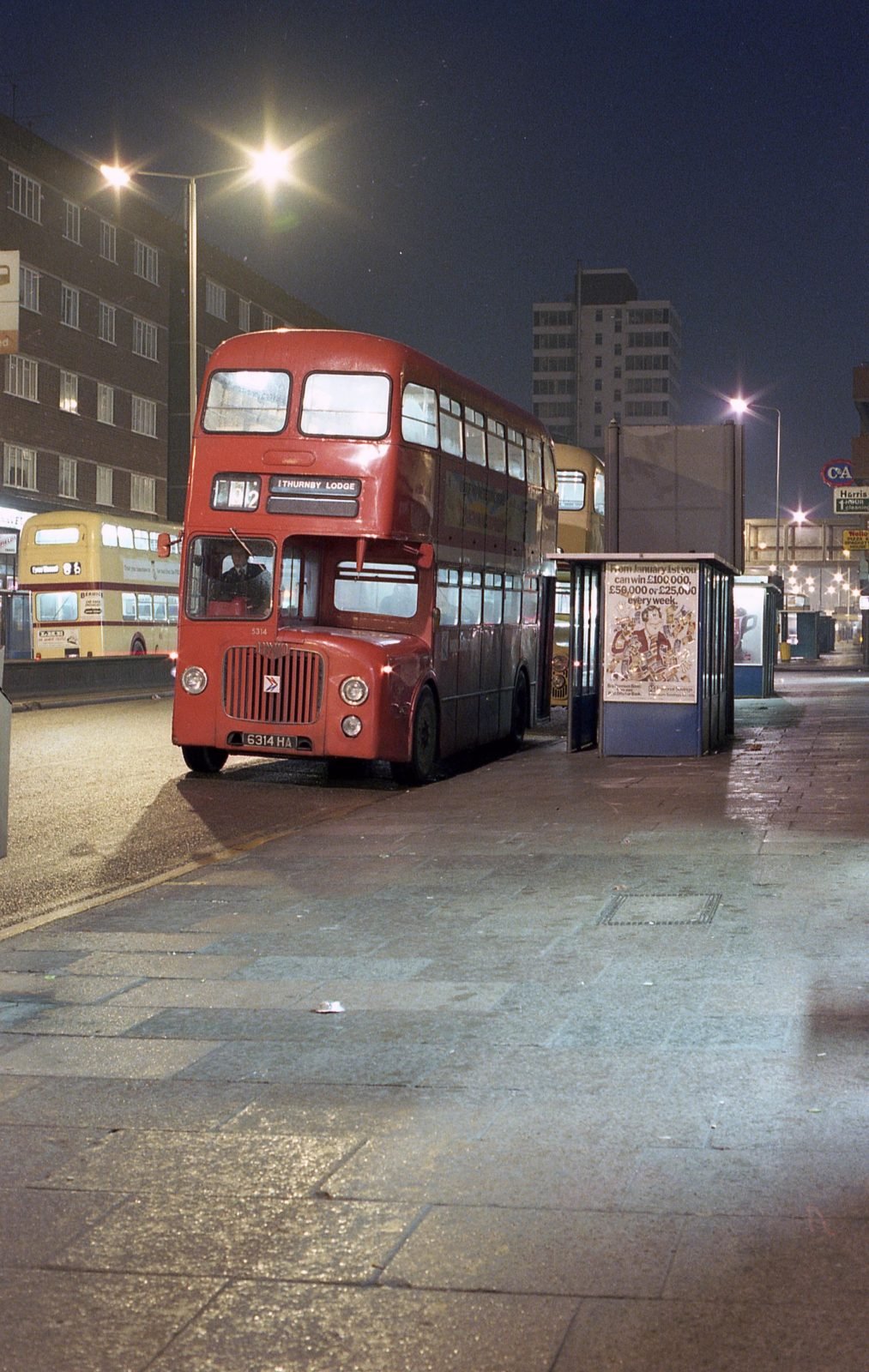