New in April 1972 BJF 999K was the last heavyweight coach that was purchased new by Straws of Leicester. It had a relatively short life of just seven years with the company when it was withdrawn by County Travel who acquired the Straws business in March 1979. County Travel retained just the two Straws Bedfords so BJF 999K along with the other AECs were never used.

County Travel sold BJF to John Bass of Fleckney who at that time was trading as JB Coach Sales Ltd. John sold it Wagstaff Coaches of Matlock in March 1979. However, Wagstaff ceased trading in December 1980 and it is believed that it was then acquired by the Receiver as part of the company assets.

In the same month it was sold at an auction to Brian Powles of Cotgrave in Nottinghamshire who converted it into a race car transporter ready for the start of the new race season in March 1981.  When Brian stopped racing stock cars he sold it to fellow racer Bobby Burns who used the coach for the rest of the 1982 season. Brian then used it again to transport his ASCAR racing car. He had to change the ramps in the back in order to accommodate this.

The coach was next acquired by Markey Technical Services on 8th March 1985. Markey sponsored a number of stock car racers but eventually it was top stock car racer John Lund, from Rimington in Lancashire, who then used it for many years. John took over the ownership of the coach from Markey on 6th January 1998. John Lund eventually retired the coach at the end of the 2013 race season.

The coach was parked up on John Lund’s farm for just over 12 months but knowing its local connection Mike Greenwood decided to acquire the coach. The transfer of ownership took place on 1st March 2015 and John delivered the coach to Leicestershire on 4th April 2015, so very close to its 43rd birthday.

Following a thorough assessment by Pete Fowkes the condition of the coach was found not to be good with the years of outside storage having taken their toll on chassis and body. Almost at the same time as this news sank in someone alerted Mike to the fact that an identical coach, WFR 167K, was for sale on Ebay! So he acquired that and Pete Fowkes and Mick Gamble started the three year task of creating a new BJF 999K from the two coaches. The new BJF 999K made its first public appearance at the ‘Bus & Train Spectacular’ at the Great Central Railway’s Quorn Station on 21st April 2018. 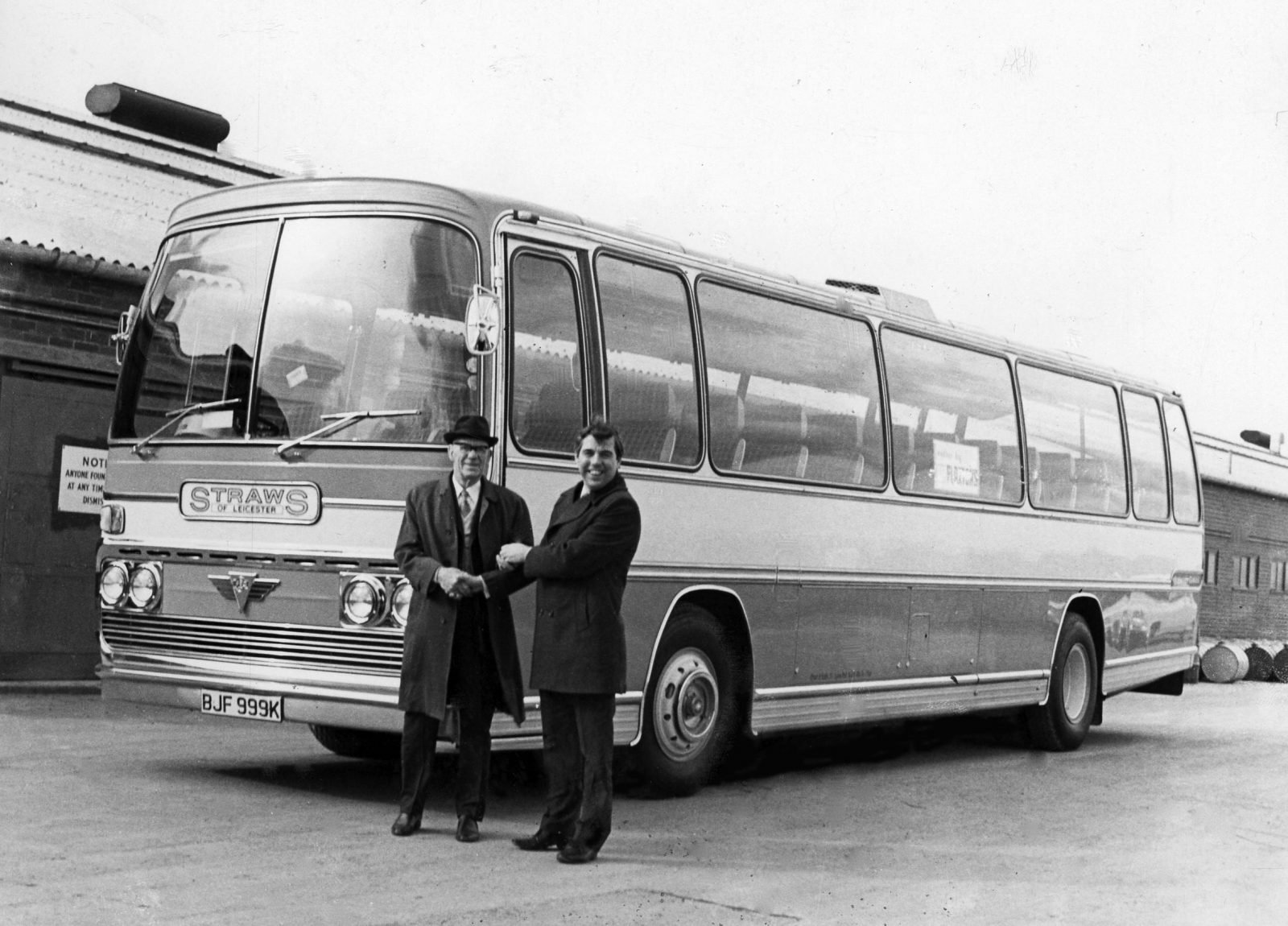 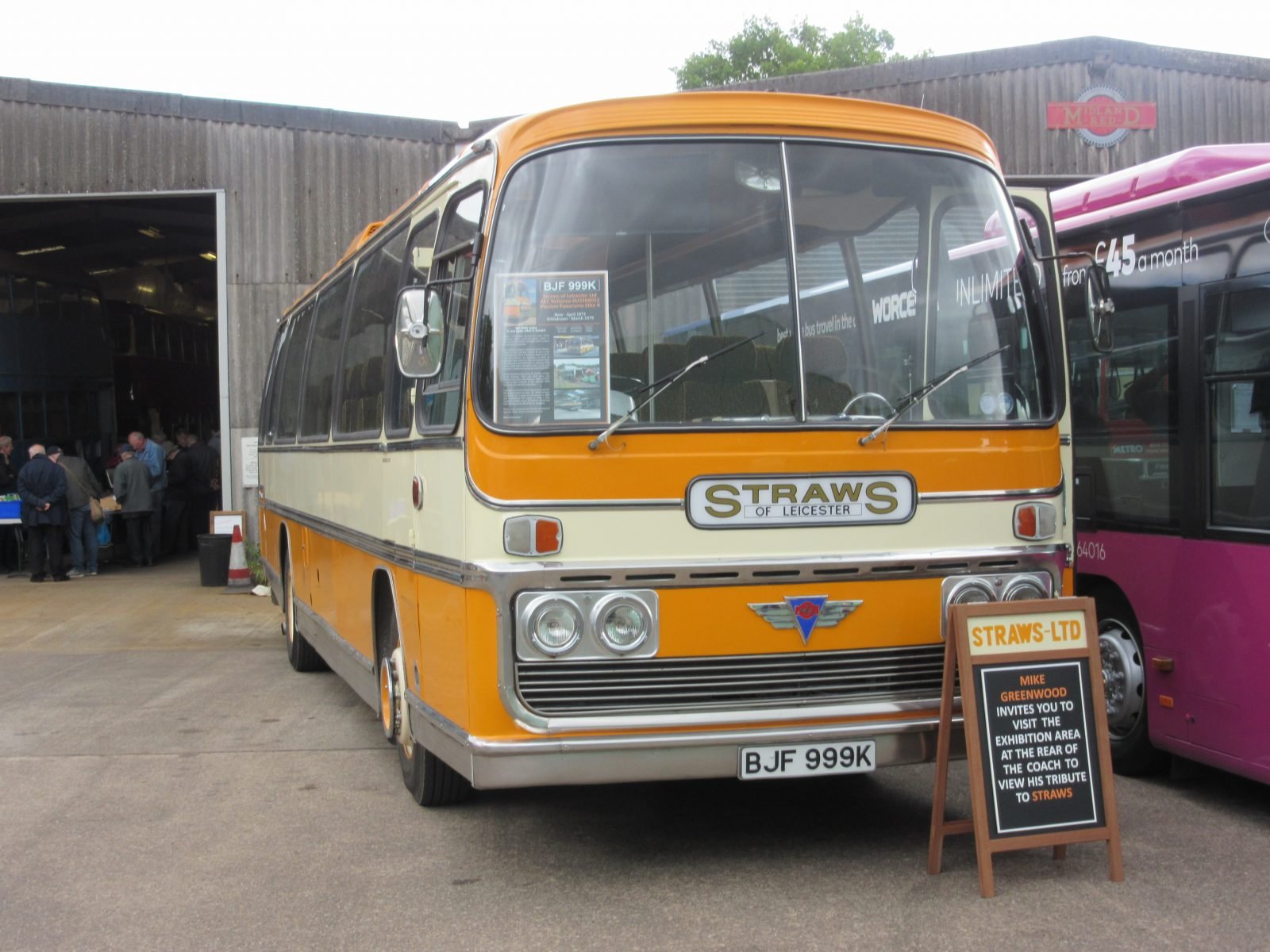