1950 AEC Regent 3RT with Weymann 56 seat bodywork, withdrawn from service by London Transport from Barking garage in July 1978 passing to a member of the North West Museum of Transport in St Helens. After a short time it moved onto Peter Bailey (Black and White Motorways) of Andover, Hampshire and was used in his private hire fleet until purchased by Mick Gamble in May 2012.

KLB 596 has been repainted into Browns Blue livery and has been used in conjunction with that company’s 50th anniversary celebrations. Browns Blue (Leicestershire’s largest independent operator) sold out to the Midland Red in March 1963. It represents HLW 160 former ex LT, RT 173 one of nine former London Transport RT’s operated between 1958 until 1963, HLW 160 was the only non-roof box example. 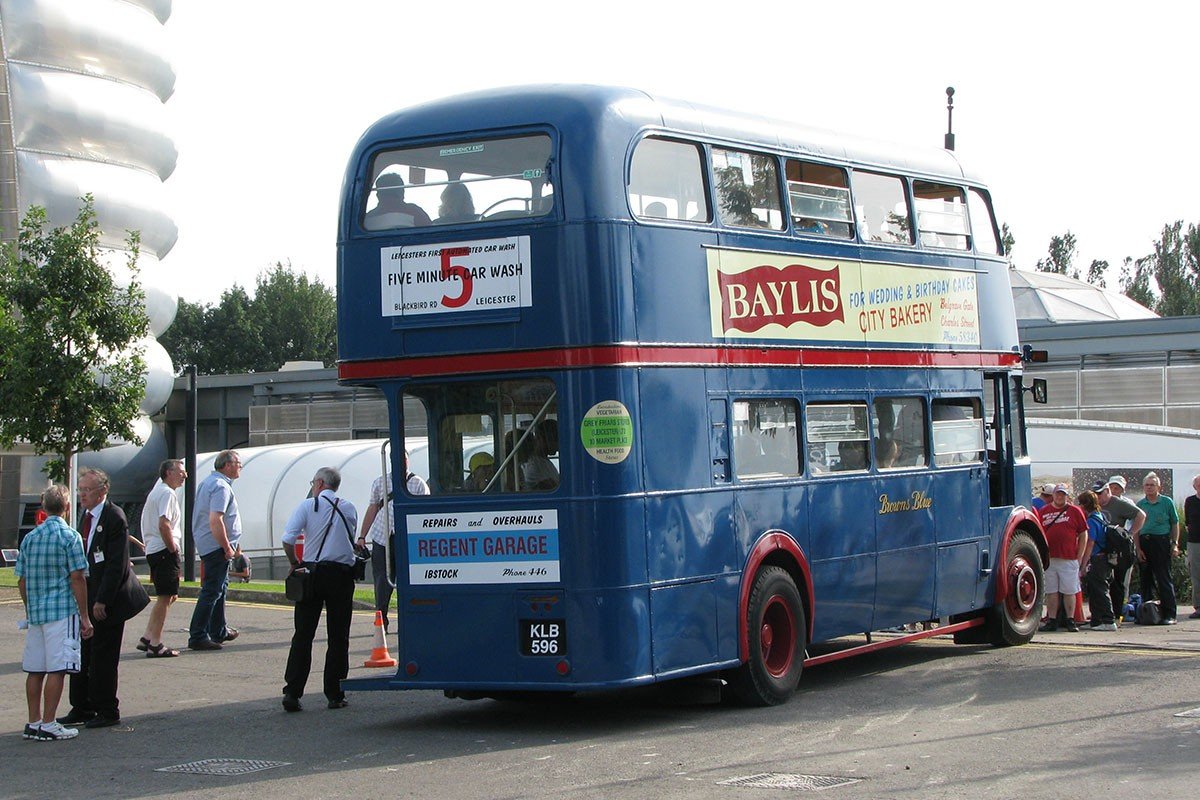 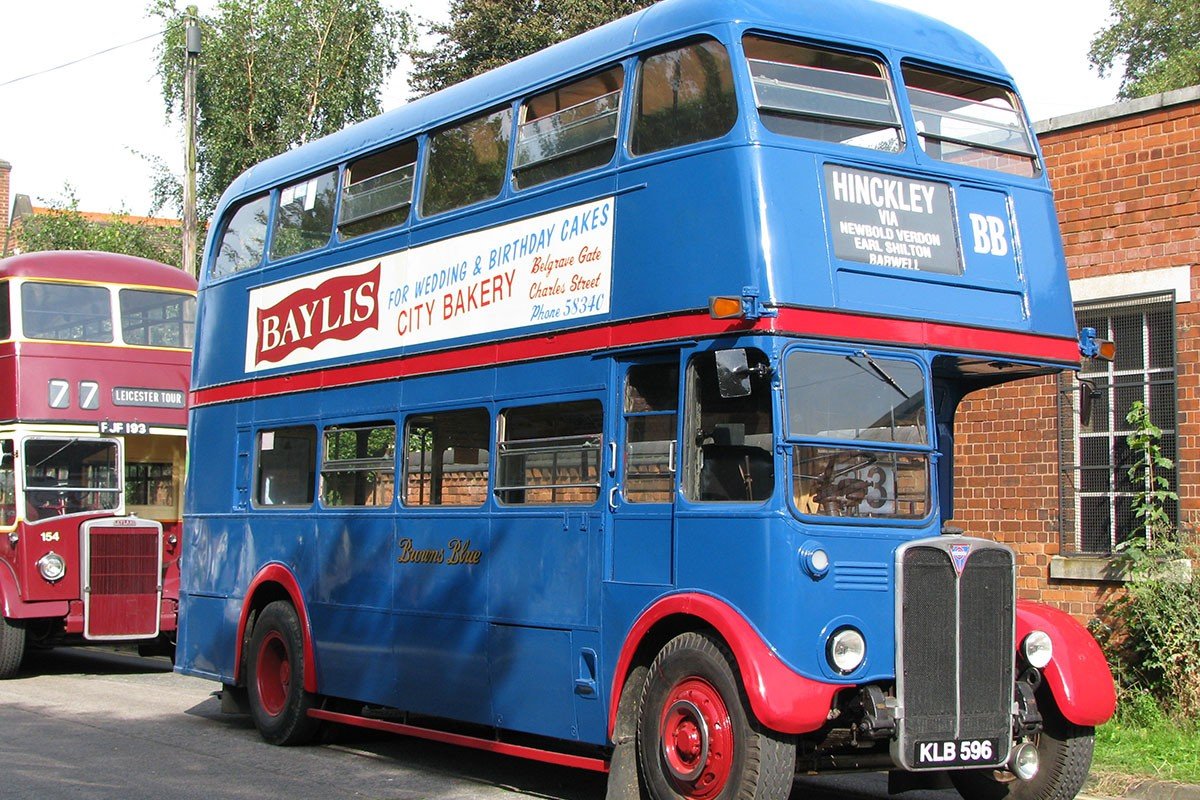 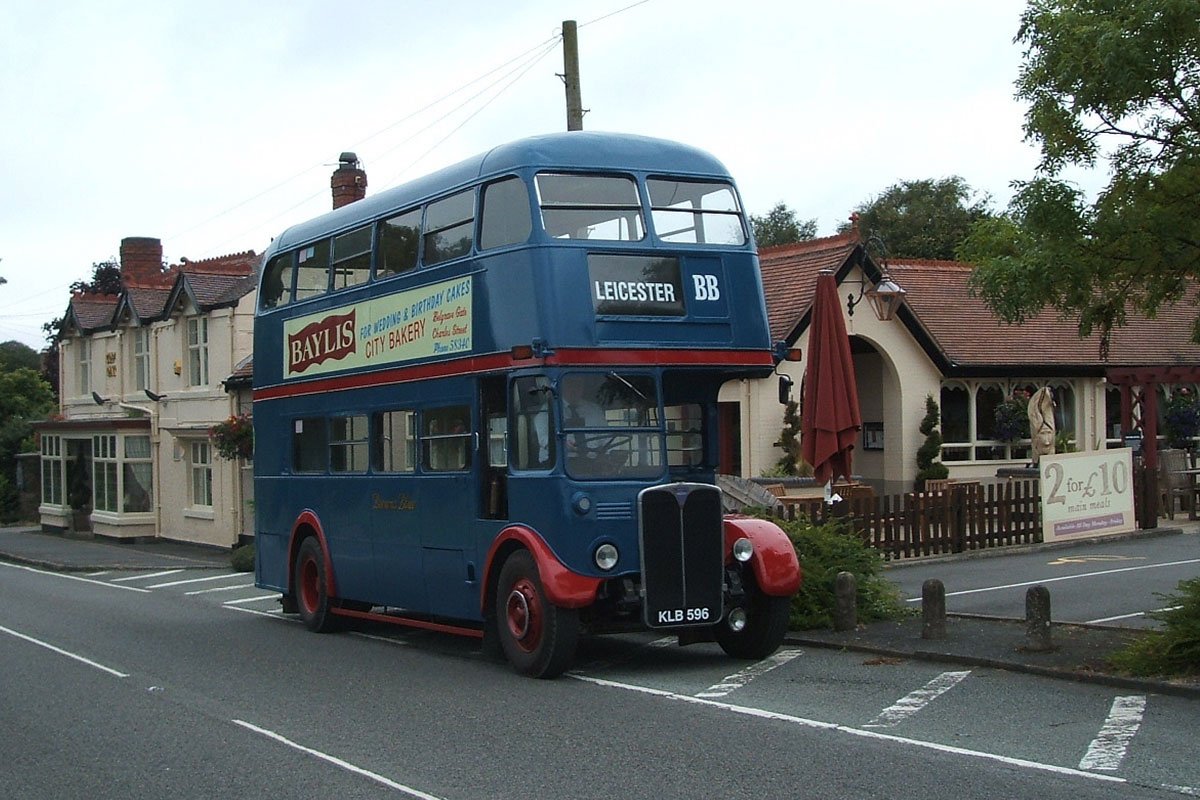 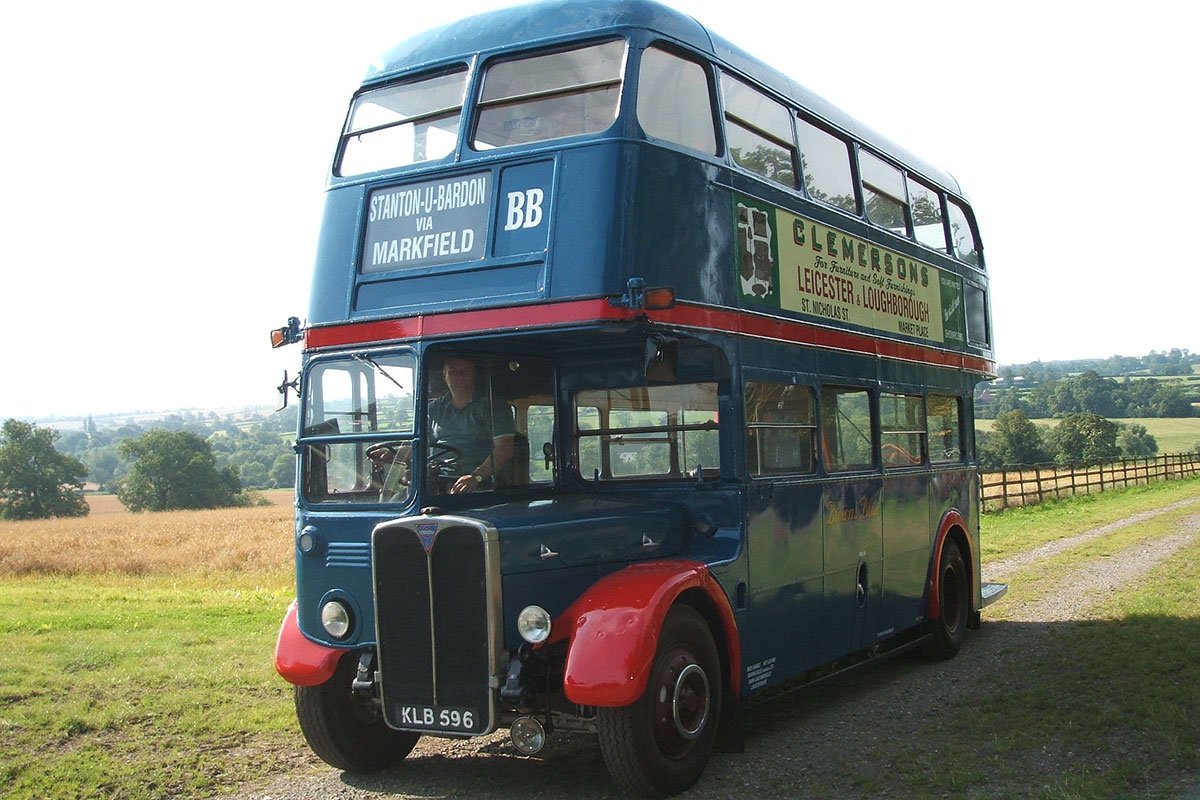