New to Leicester City Transport and registered on 1st September 1961, 217 was one of a batch of five (nos. 215 to 219) which, together with five Leyland PD3’s, were the first buses to be delivered in the new cream livery with three maroon bands. This had been experimentally introduced on similar bus, 214 (VJF 214) in May 1961. LCT acquired ten Bridgemasters between 1959 and 1962 and although these were built to a low height of 13 ft 5 5/8 inches which was not needed in Leicester they were bought for their advanced specification including integral (chassisless) construction (similar to London Transports famous Routemaster), air suspension and step free access to the lower saloon.

Originally bought with 72 seats an additional row was inserted in the upper deck in March 1963 which increased capacity to 76.

217 was repainted twice; once in May 1964 and again in August 1968 when it was one of the first to be repainted without the upper maroon band.

The Bridgemasters had a relatively short life in Leicester due to being none standard and 217 was last used in service on 14 May 1971 when it was withdrawn after the morning peak period.

217 was sold quickly to A & M Foster Ltd of Dinnington near Sheffield where it was used on a variety of work including a summer excursion to Cleethorpes! It subsequently passed to Rennie, Dunfermline in March 1974 although it was only used until September 1974. It was sold to fruit farmer, Peter Arbuckle & Sons of Star Inn Farm, Invergowrie near Dundee in 1976 where it was used to transport farm workers. It is then believed to have passed to contractor, Richie of Glasgow in 1989, before going to scrap dealer, Dunsmore, Larkhall, near Glasgow in May 1990.

Fortunately, 217 escaped being cut up for scrap and a visit to Dunsmore’s yard in June 1998 confirmed it still existed, albeit in very poor condition. A deal was done and it was acquired in September 1998 by Friends of King Alfred Buses, Winchester, with the intention of it being preserved as a King Alfred bus. However, plans changed and 217 was purchased by the Leicester Bridgemaster Group in May 1999.

A long and expensive period of restoration ensued with a major rebuild being necessary. This included new frames, stress panels and platform including the staircase. 217 successfully gained a Class 5 MOT at the first attempt in July 2011 and following an official launch at the Town Hall by the City Mayor on 10 September 2011, it has proved a very popular choice of vehicle to ride on at the LTHT’s Heritage Bus Running Days. 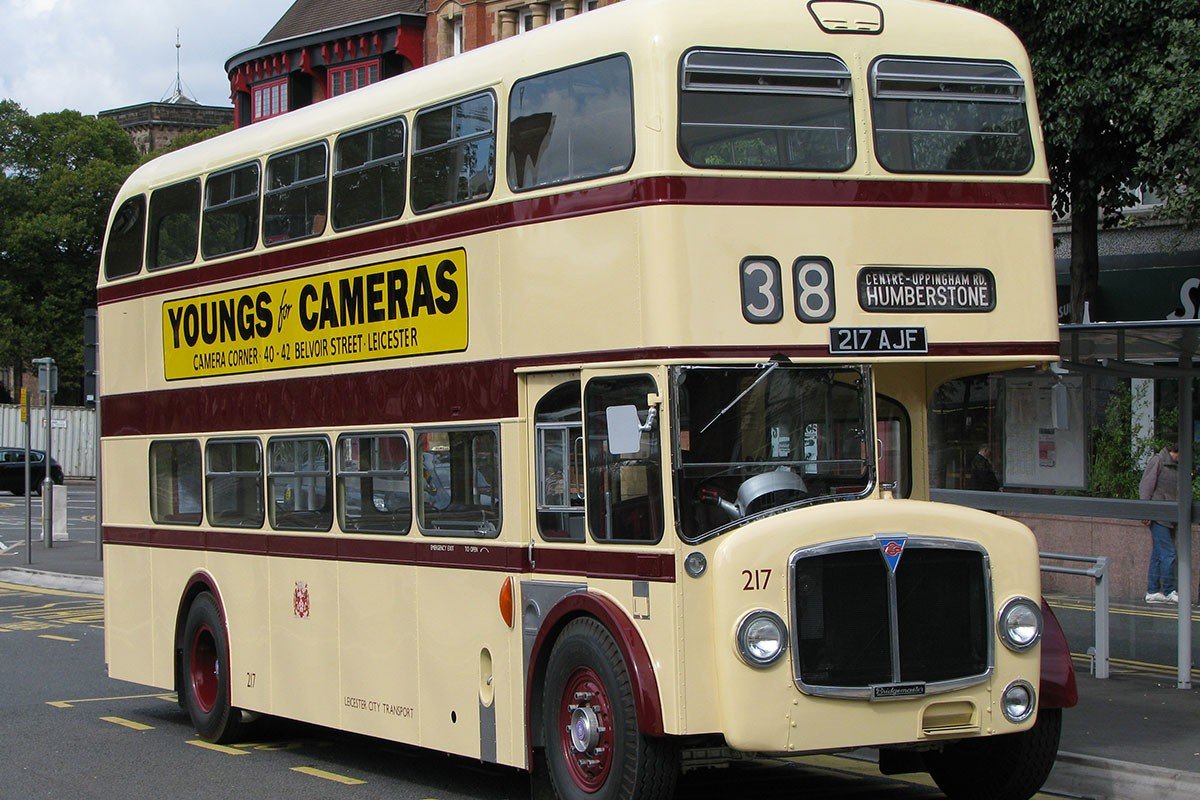 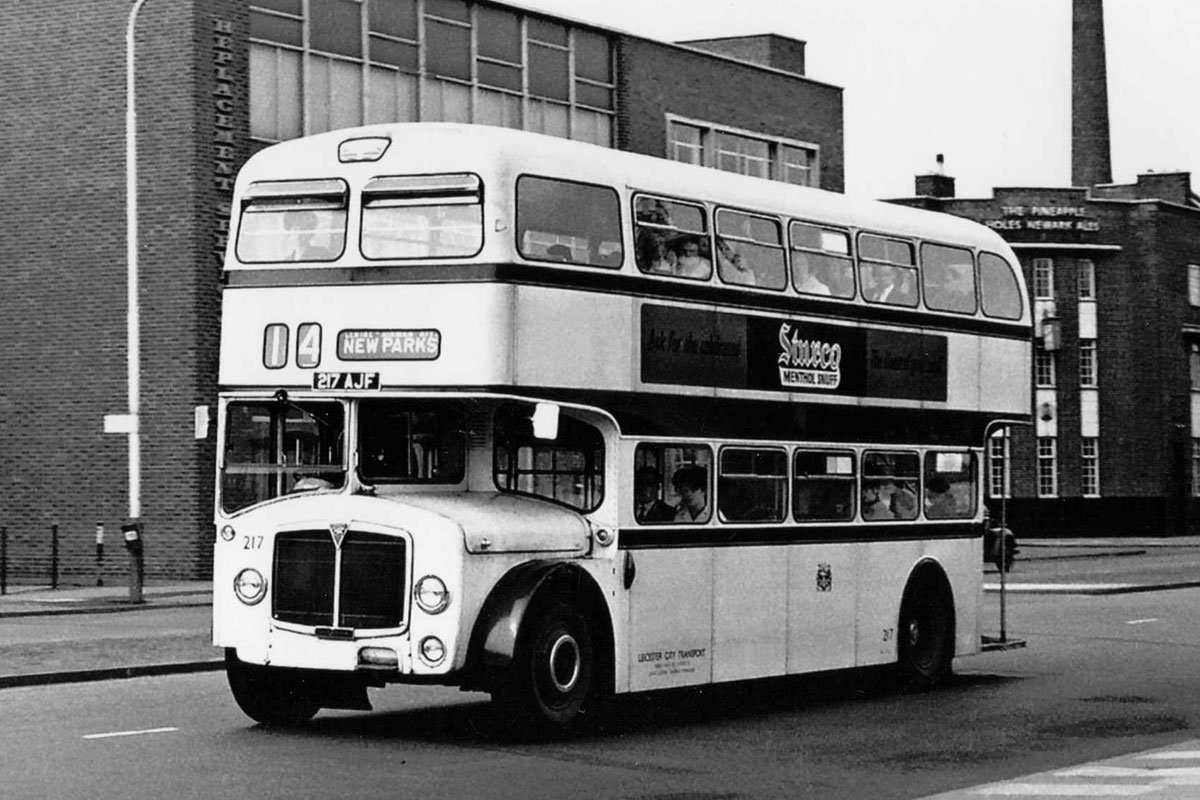 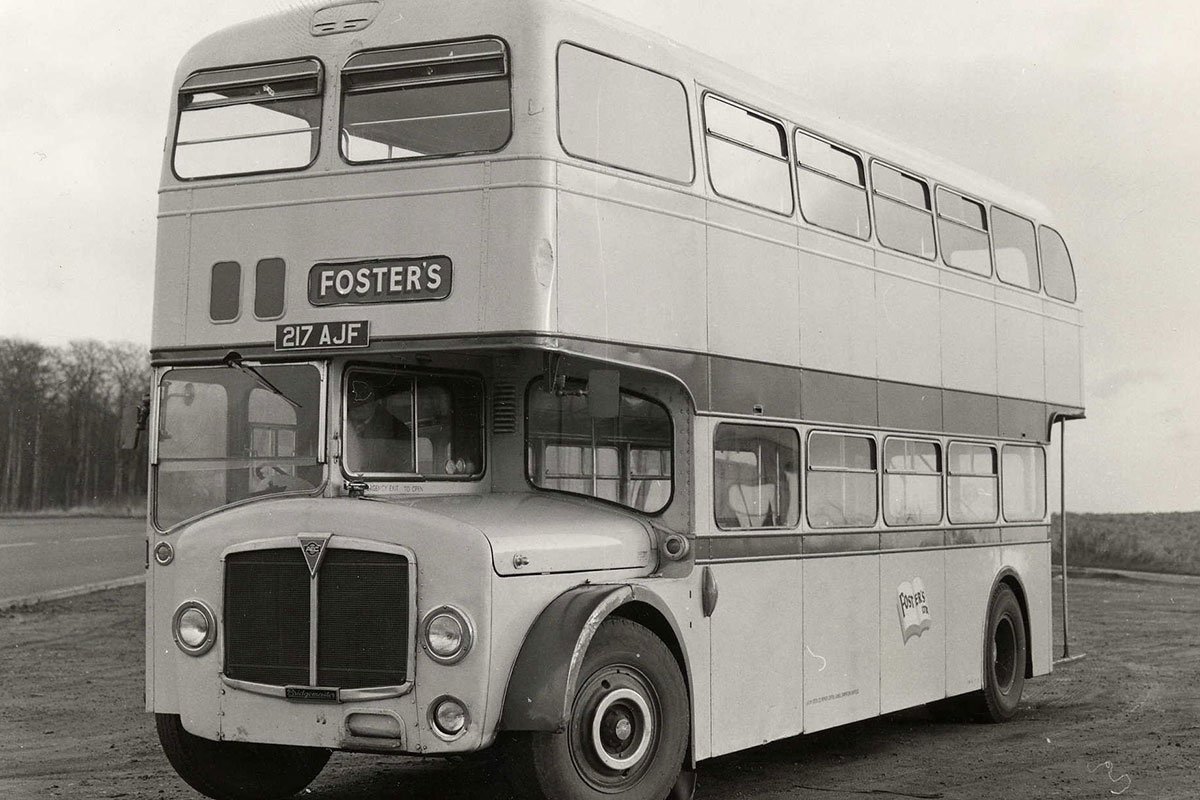 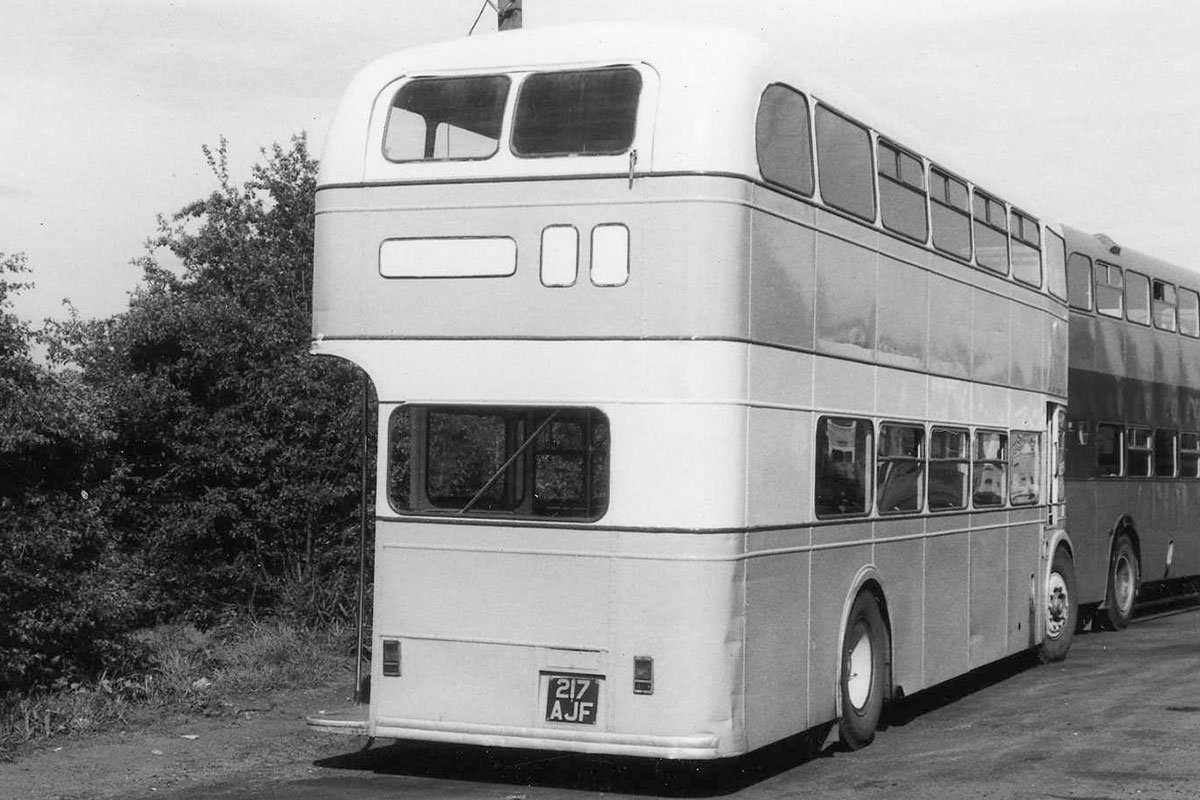 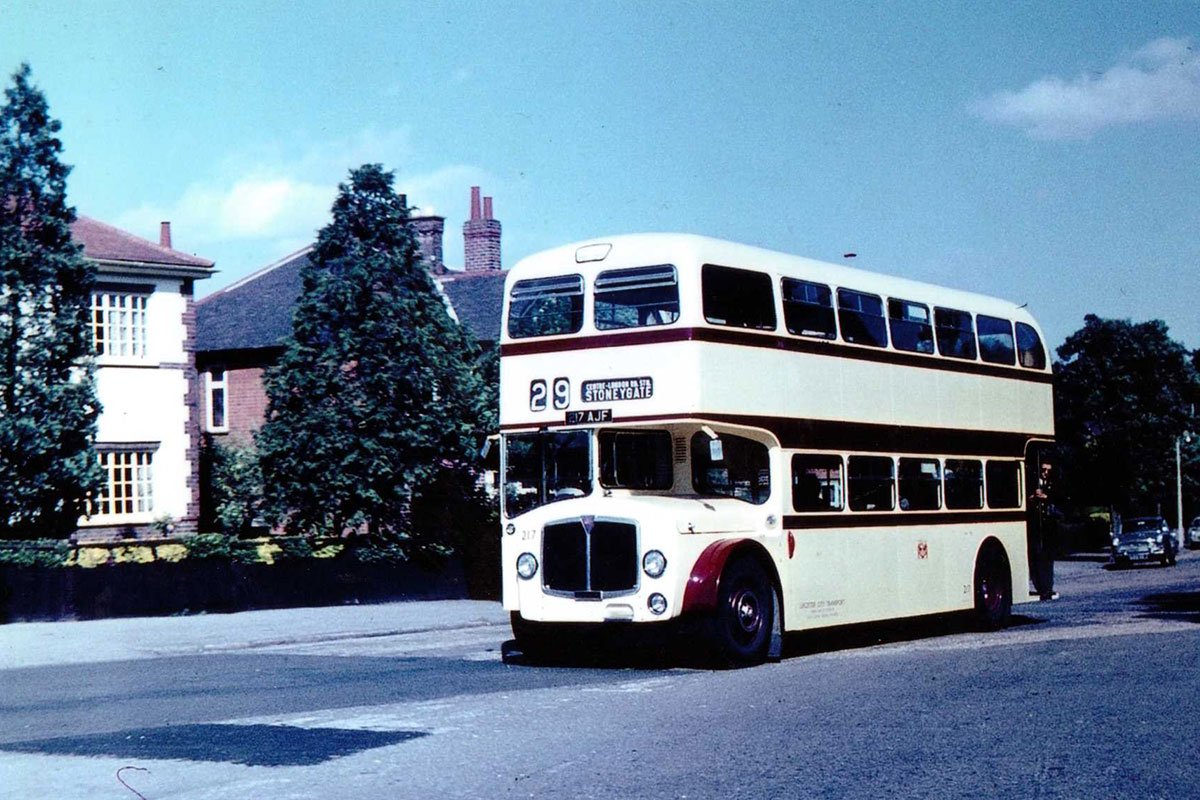 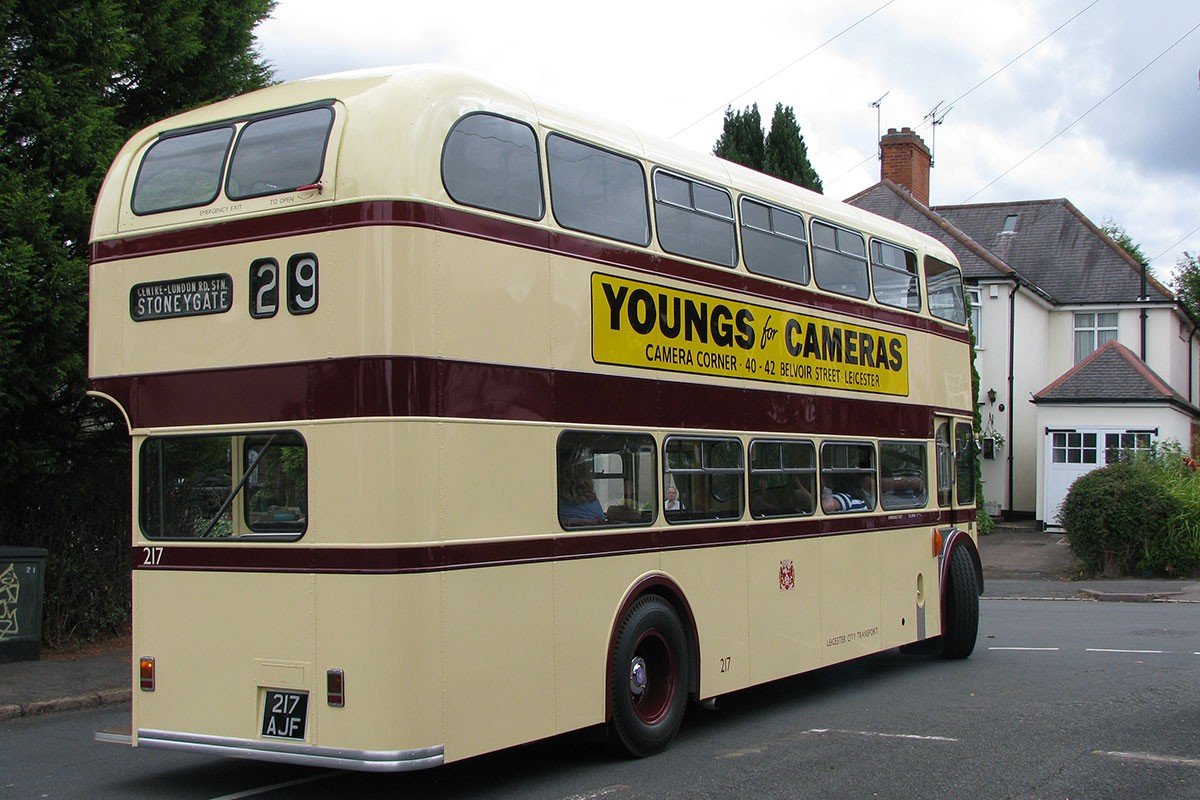