A look back at the old Route 87 to Eyres Monsell
Joint service between Midland Red & LCT
We are slightly late but we’ll mark the 60th annivesary of the start of Route 87 which began on Sunday 2nd October 1960: New Route 87 ran From: Welford Place, Newarke Street, Oxford Street, Aylestone Road, Lutterworth Road, Glen Hills Boulevard, Sturdee Road, Sturdee Road (Hillsborough Road).
According to the timetable books, both the 87 and 88 Eyres Monsell routes started from Welford Place until sometime after the October 1962 timetable, from the May 1963 timetable they are both shown to start from York Road Bus Station.
Sun 5 Apr 1970: Route 87 certain peak hour journeys diverted to new Service Route 97 Route 87 (and the Mon-Fri peak hour extensions as route 97 and L97 to Fairfield) were jointly operated until the service changes on Sunday 14th May 1972 when the 87 became operated solely by LCT. The Mon-Fri peak hour route 97 extensions to Fairfield continued to be operated by Midland Red (now as a separate operation but numbered just 97) until Friday 14th February 1975 after which LCT operated them as extensions of route 87 journeys
The 87 moved from York Road Bus Station to Bowling Green St on Sunday 14th May 1972.
It moved again to Humberstone Gate East on Sunday 1st August 1976. Then it moved to Charles Street on Sunday 5th October 1980. Under Leicester CityBus, it initially became route 37 Beaumont Lodge – Mowmacre Hill – City Centre – Eyres Monsell (- Fairfield), combining routes 40 Mowmacre Hill and 87 Eyres Monsell / 97 Fairfield, so the central barrier remained in Charles Street.
The 87 was converted to one-man operation in the service changes on Sunday 16th February 1975.
Route 87 linkages:from 1st August 1976 : (38/)39 Northfield/Humberstone Lane – 87 Eyres Monsell/97 Fairfield (except Sunday until 2nd Sept 1979 was: 39 Northfield – 87 Eyres Monsell – 40 Belgrave – 67 Evington 27A South Knighton – 57/72 Mowmacre Hill – 39 Northfield…) from 5th October 1980 : 40/57/72 Mowmacre Hill – 49 Aylestone/87 Eyres Monsell/97 Fairfield from 15th January 1984 : 57/72 Mowmacre Hill – 87 Eyres Monsell/97 Fairfield There was also, for a very short period, an unadvertised and largely unknown linkage. From 16th February to 23rd March 1975, on Sundays only, the 87 linked with route 30 Highway Road from 1400 onwards. Route 87 Sunday frequency was every 40 mins to 1400 then a 20/40 minute frequency with one bus an hour continuing to route 30 Highway Rd (not publically advertised as linked) and one bus an hour coming from route 30 Highway Rd. The Sunday service on route 30 was withdrawn from 30th March 1975 and this unusual operation ended.
Thank you to Mike Tongue for info and photos and the LTHT archive photo collection and T Follows. 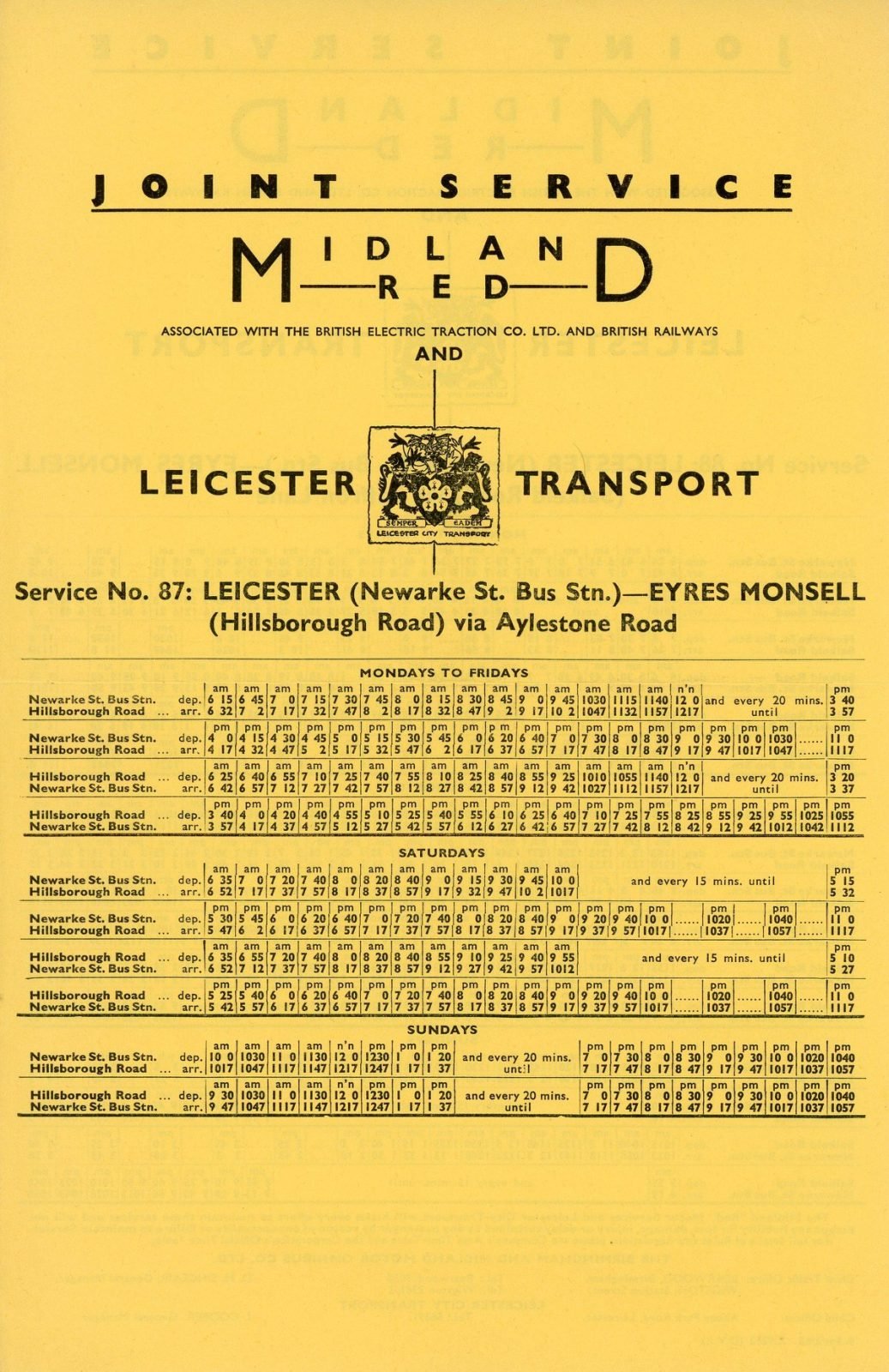 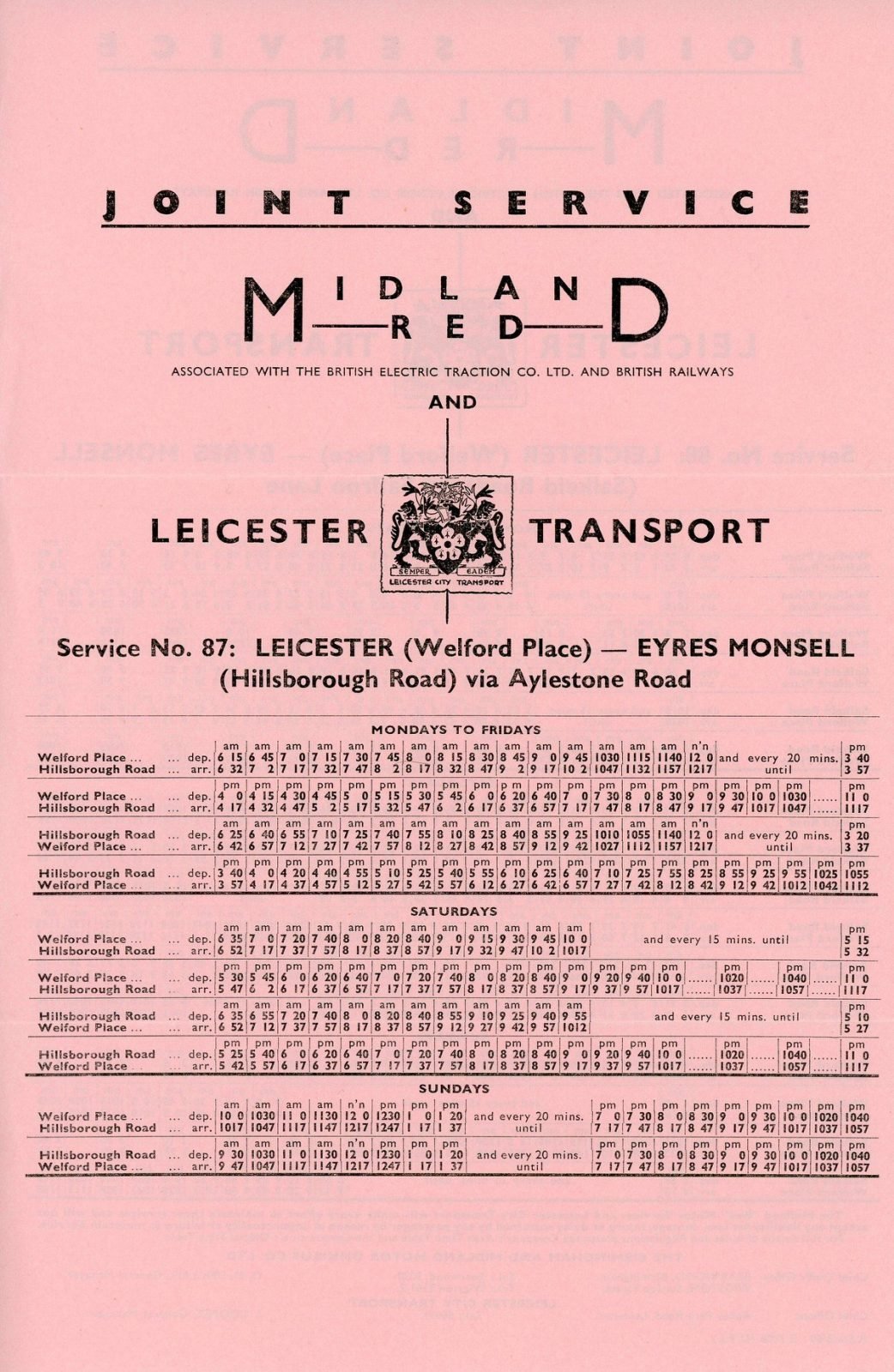 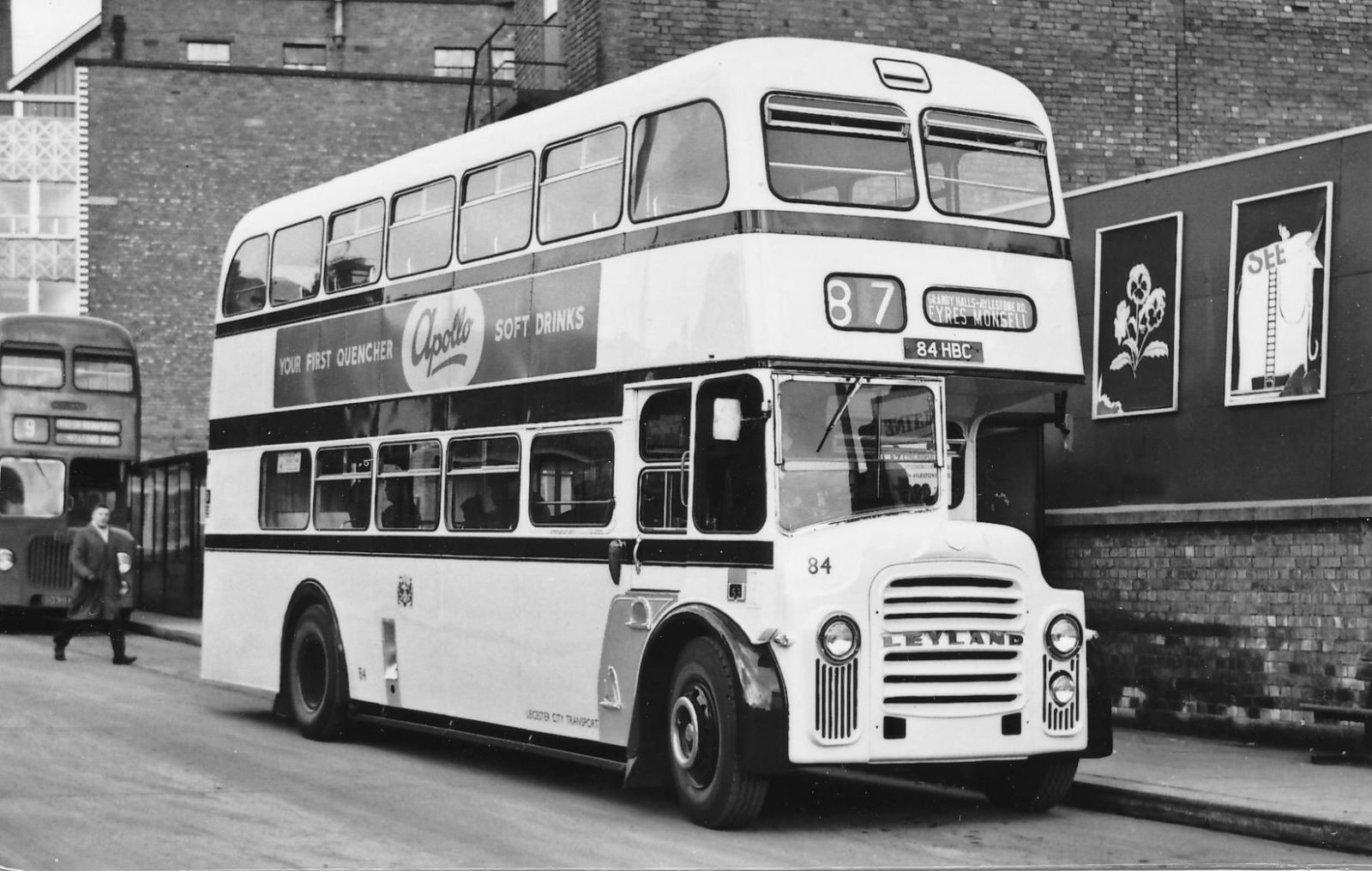 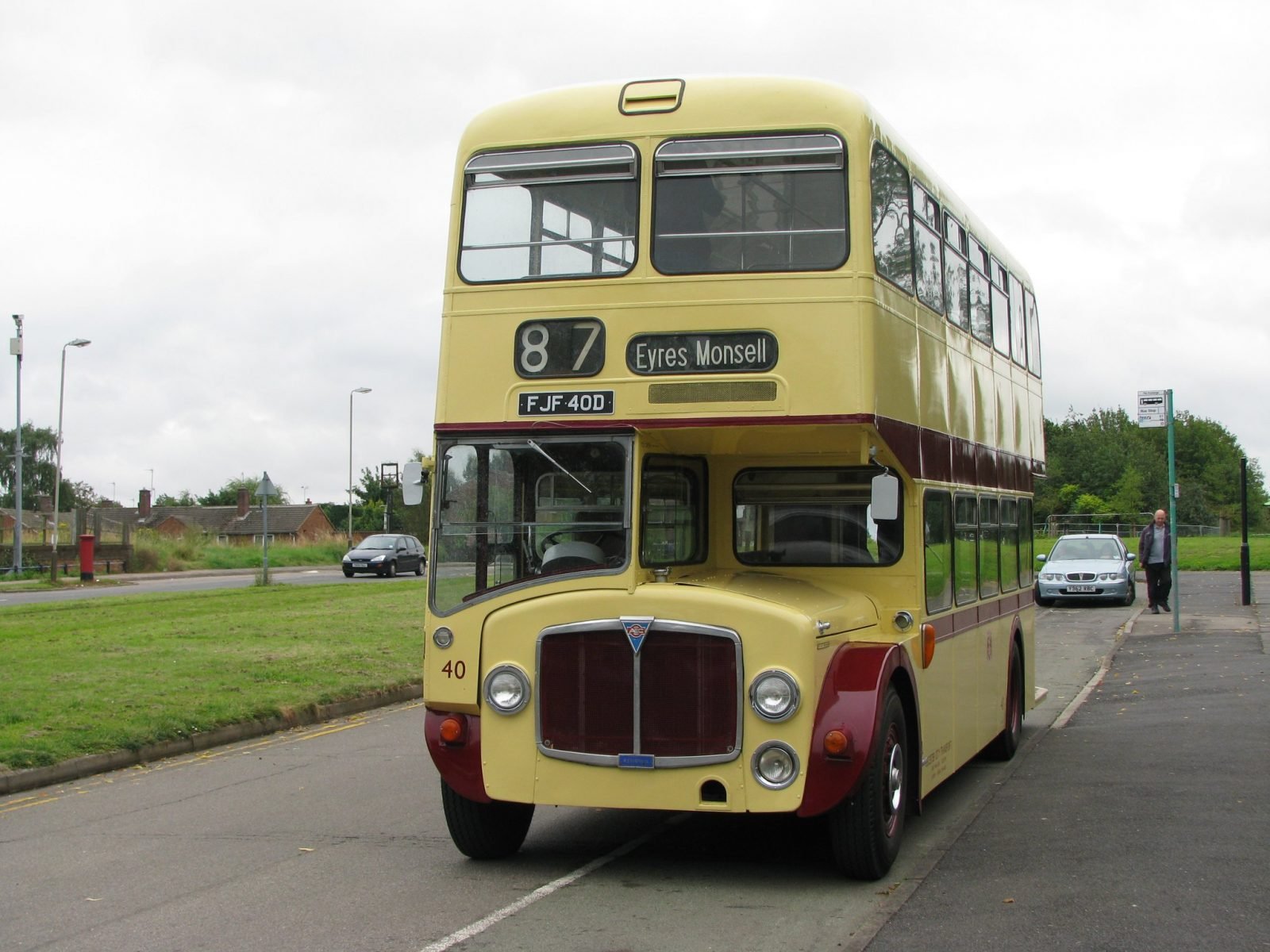 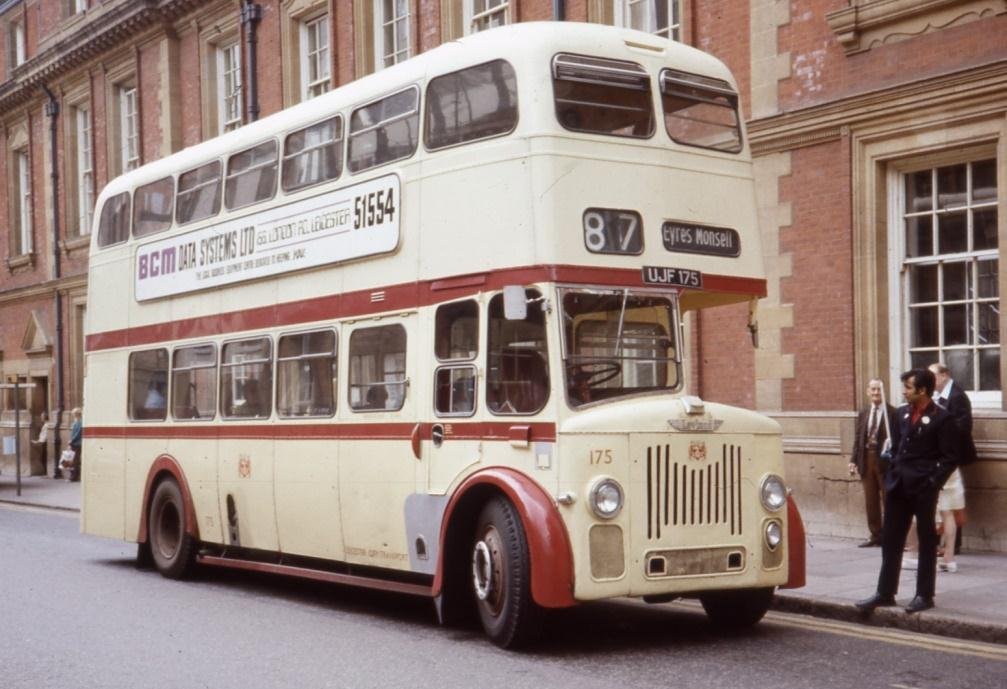 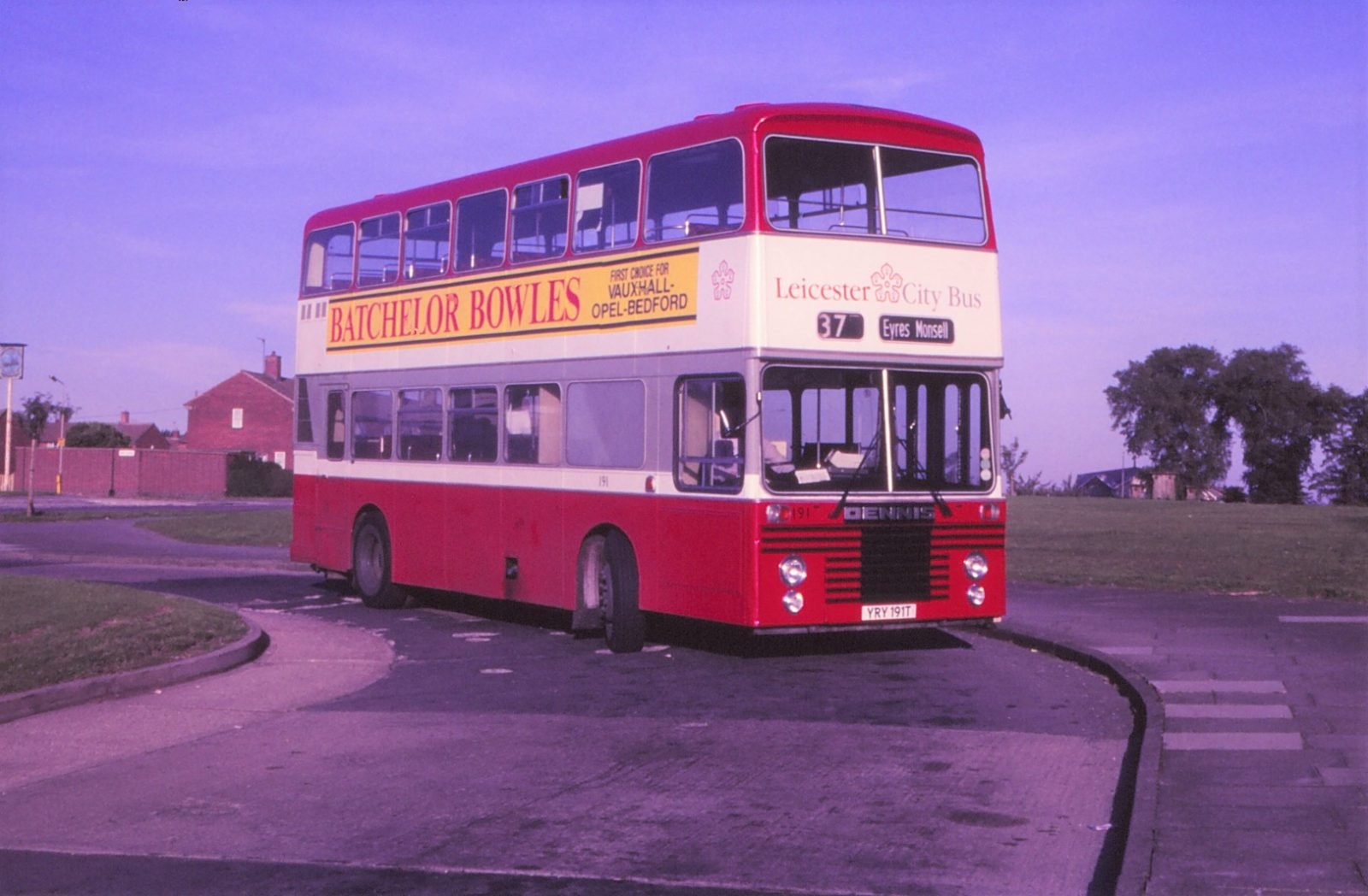 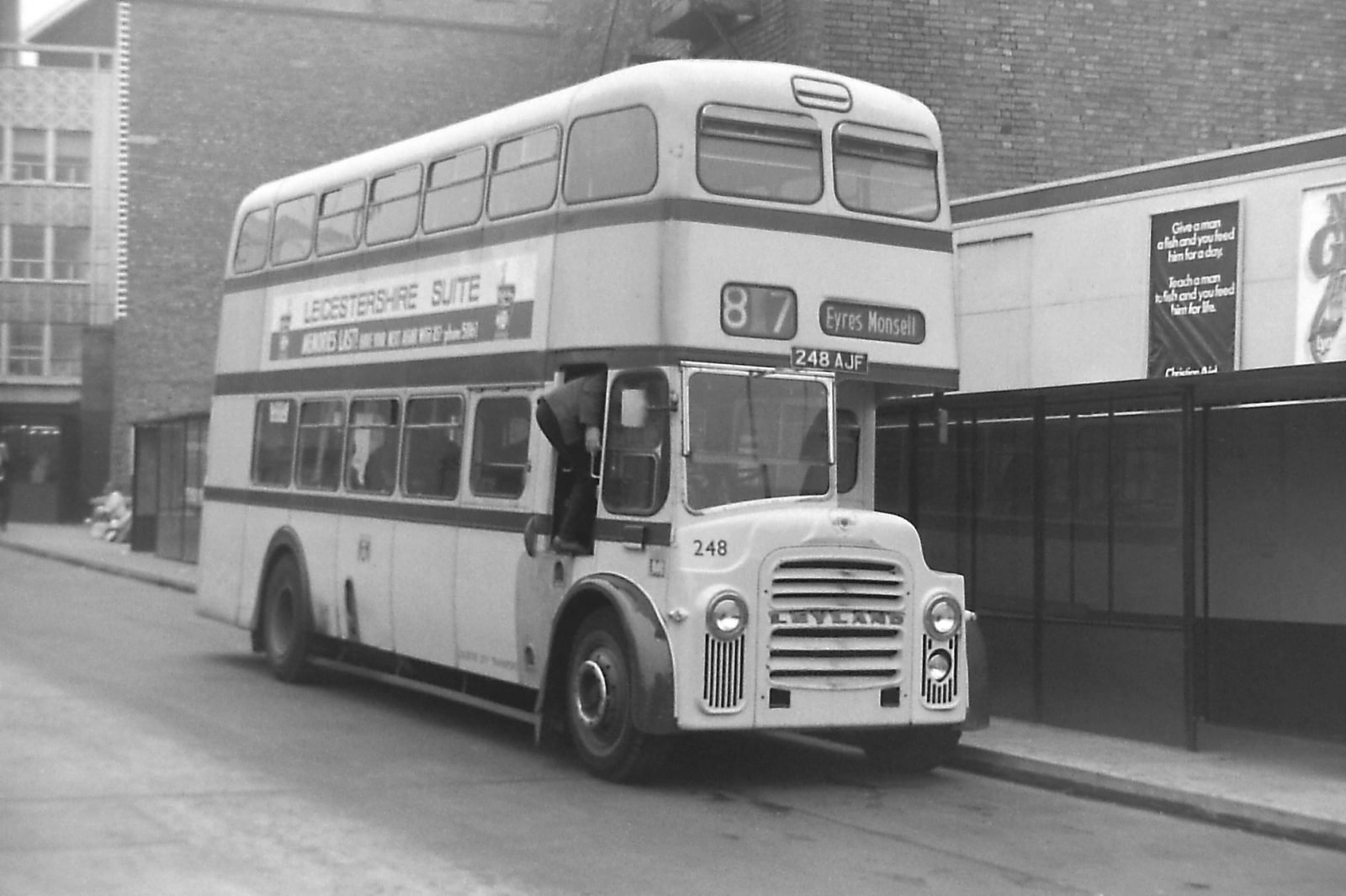 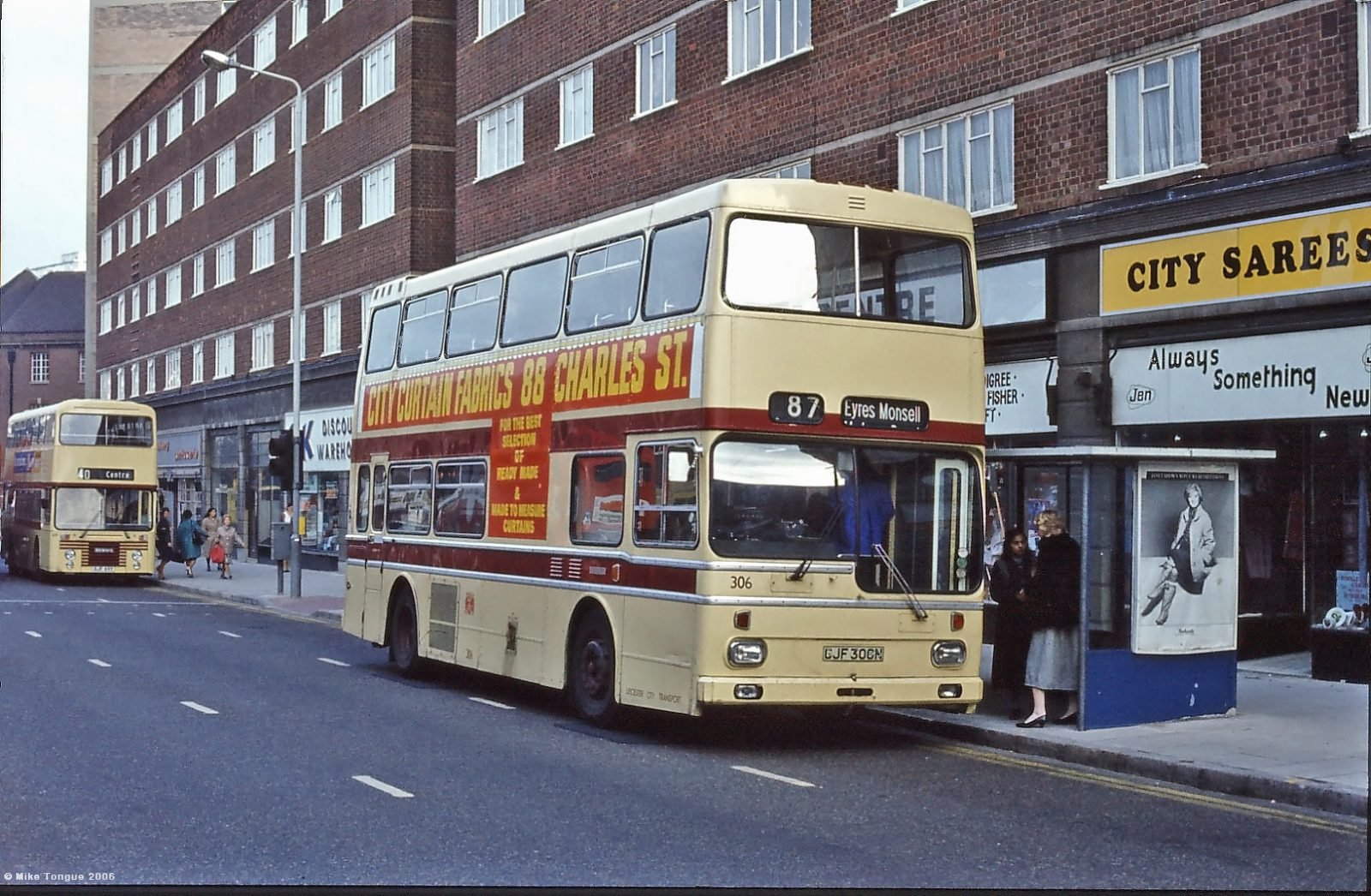 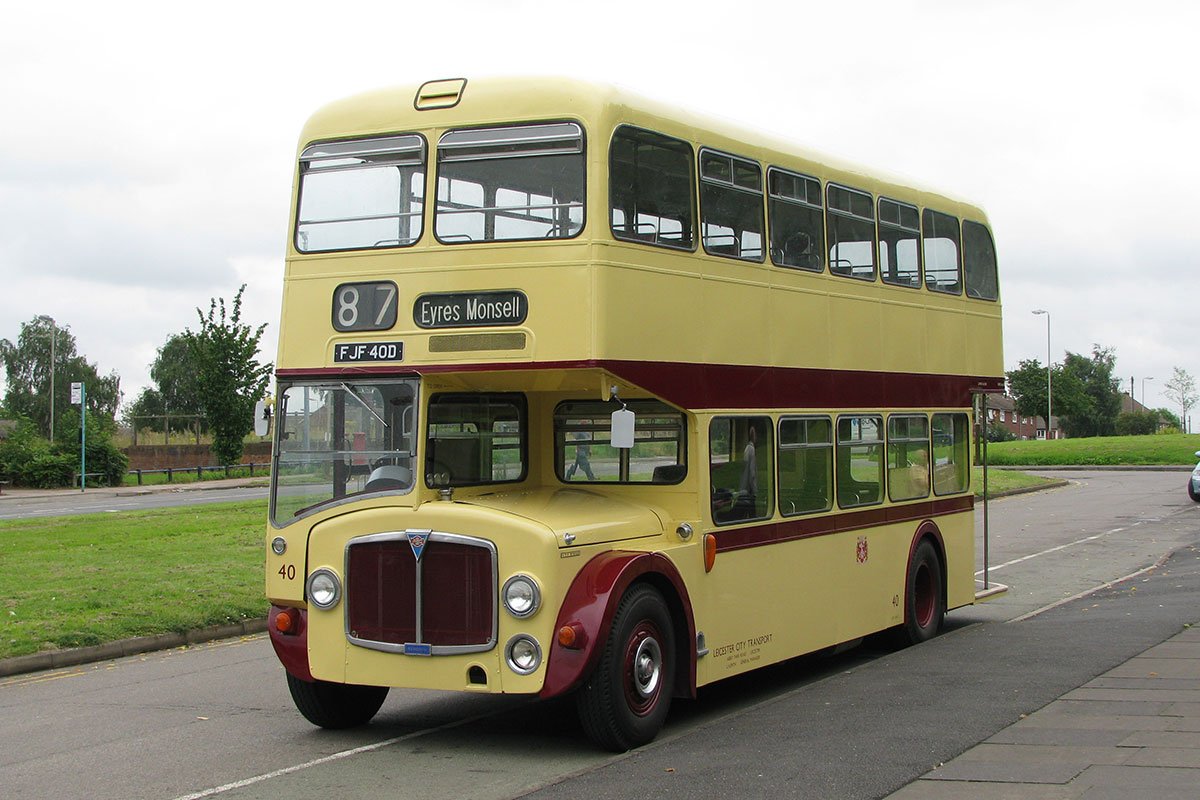 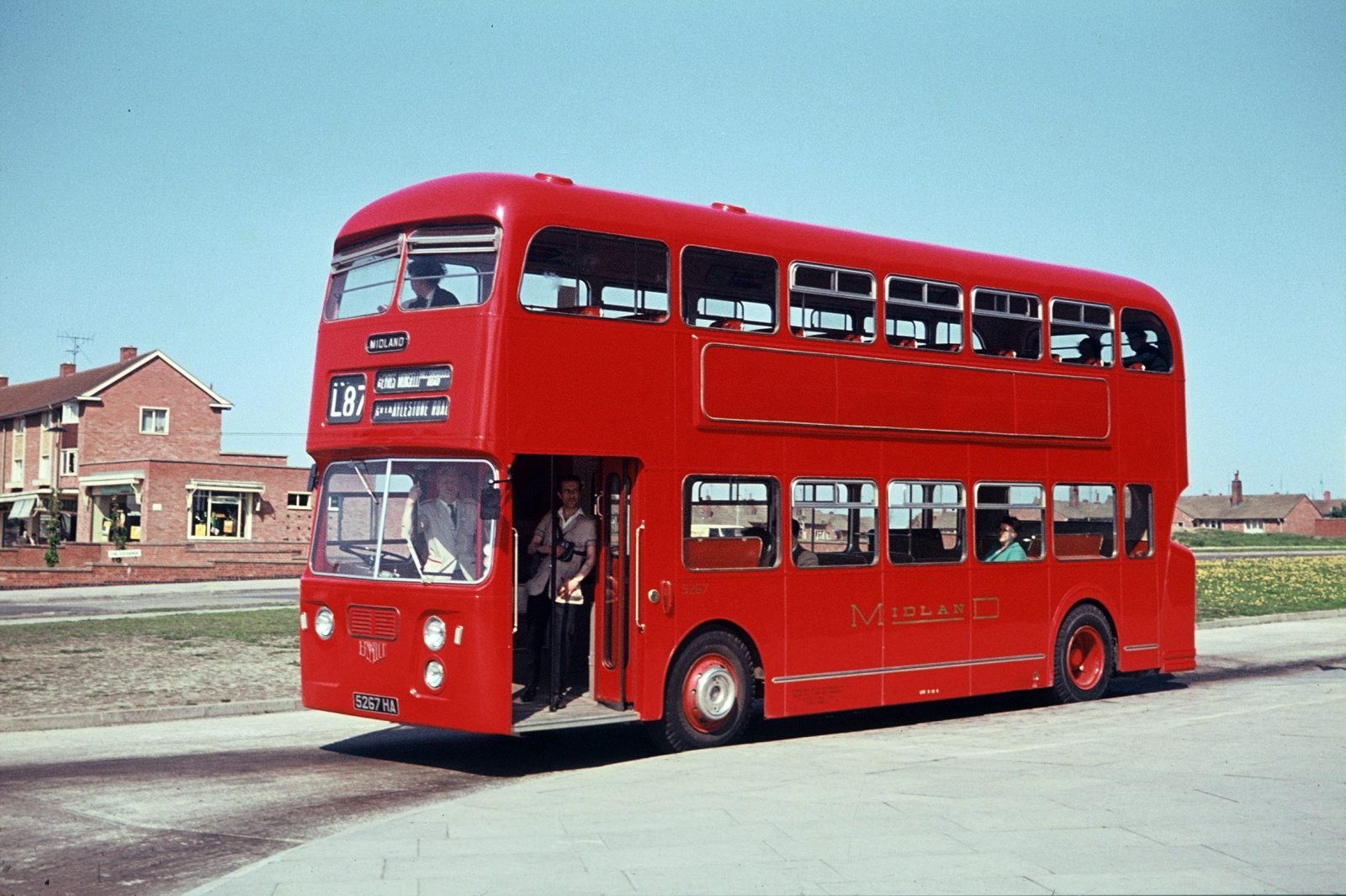